The Gardiner Railway is a model railway running in the A1 protectorate of Gardiner, moving passengers and goods throughout the protectorate.

The railway is serviced by HO scale model tracks and rolling stock. The network is at ground level, but also includes three tunnels, three stations and six bridges.

Trains are controlled from a central control panel, which can operate switches remotely, via a visual representation of the railway network. Train speed and direction is also controlled from this panel, by separating the network into sectors in which the current can be controlled.

Sidings for storage and shunting of rolling stock are present at all four stations, however Hoddle Station has the most extensive and suitable shunting yards for these purposes.

The double-track Kingsford-Hoddle Loop is the most frequently used line on the network. As its name suggests, trains on this line, mostly passenger, run in a continuous loop from Kingsford to Hoddle stations.

The single-line Tourist Route runs from Platform 2 of Kingsford Station, descends via a tunnel into the ravine with Fish Creek in it, completes the loop and returns to Kingsford Station. Only one train is permitted on the line at any one time so as to avoid collisions.

The single-line route is mostly used be freight trains moving minerals down from the Mount Harwick Mines to Hoddle for storage and subsequent removal. The line is mostly on a rise following much of the boundary of the protectorate, and terminates at Platform 1 or Siding 1 at Hoddle Station/Shunting Yards.

In some cases, however, the train may stop at Kingsford also and leave some rolling stock behind, so as not to put too much pressure on the Hoddle Station yards. 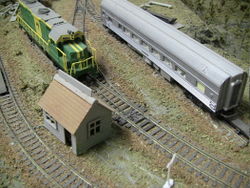 During construction and testing of the railway, a train hauling a mail carriage for track testing was directed onto a sharp curve at too high a speed and subsequently, the carriage fell into Fish Creek near the base of Mount Harwick. The decision was taken by the A1 Government to leave the mail carriage where it fell as a reminder of the mishap.

The track upon which it was travelling was subsequently dismantled.

In June 2010, the Ministry of Transport and Communications announced that an expansion plan over the course of 2010 and early 2011 would take place. The plan incorporates many upgrades of the Railway.

Owing to the dilapidated state of some engines and rolling stock, replacements are necessary. These replacements are expected to arrive and be in service by the end of 2010. It is anticipated that at least one new locomotive will be purchased for shunting and short-haul purposes. 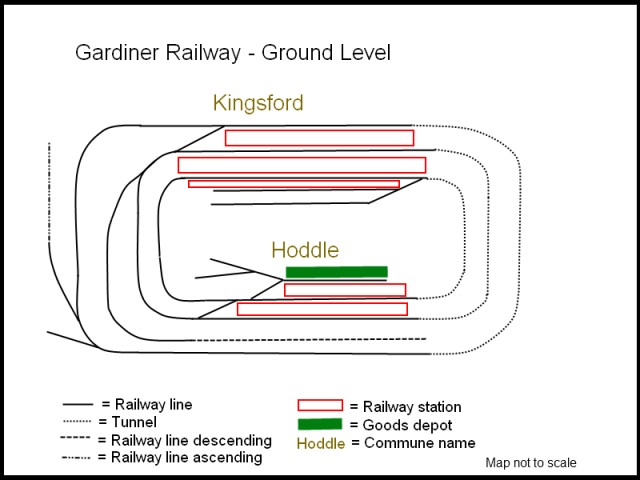 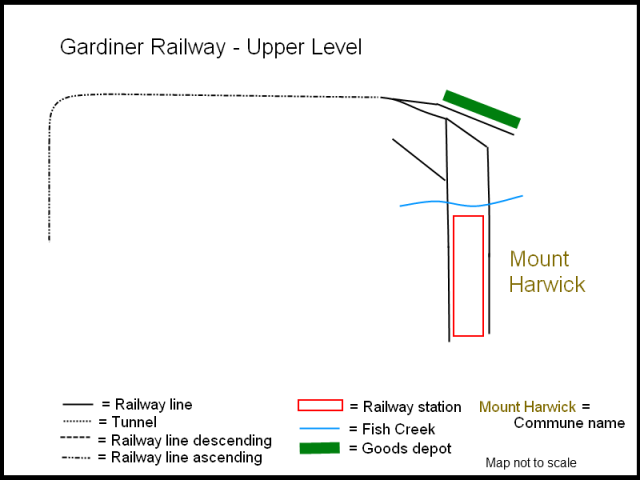 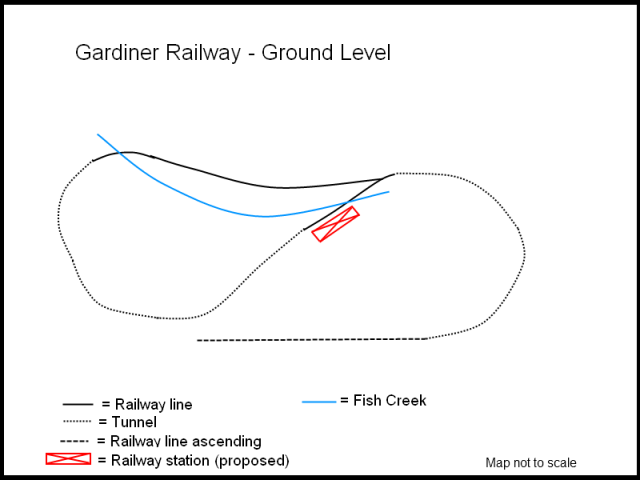