Dredim Transit Line 1 (Russian: транзитной линии 1) is the first and the only train line in the capital city of Federal Republic of Los Bay Petros, Dredim Capital Region. Line 1 is the first transit line of the 8 lines in the Dredim Transit Metro System. Completed in August 2010, the whole train property is made from Takara Tomy Train Playset.

Line 1 was proposed in July 2010 by the Dredim Local Government Council and was the proposal was passed by the DCTA as the operator of the Dredim Transit. The Line 1 finnaly completed in August 2010, and the new extended route completed in September 2010. 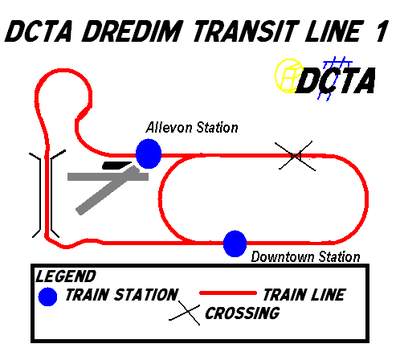