The Republic of Kinsovea (Kin-so-vEa) was founded on June 29, 2011 by its current leader, Adam Smith, and has claimed the status of a sixth world micronation. Kinsovea is not purely based on the internet, for it claims land in Pennsylvania in the USA. Its current goals include wanting to be taken seriously as a micronation and improving the nation as a whole. To this end, Kinsovea has joined numerous internmicronational organisations, such as the Intermicronational Blue Cross and Blue Crescent Movement and is a former member of the Organisation of Active Micronations.

Kinsovea was founded when then-King Adam Smith I was looking through his copy of the Guinness Book of Records and found the well-known Principality of Sealand listed as the smallest country in the world. Inspired by this, he went online and discovered online micronations. He and his sister then decided, after singing a song of how much they love Oreo cookies, to establish a 'Republic of Oreo' with Oreo cookies as their national delicacy.

Following this, King Adam searched for an area that would suit him as his own country. The first area of land surveyed was in the United States - approximately one acre in size. However, following this survey he discovered Micronationalism in Antarctica. He began researching more in depth and claimed the land that he wanted for Kinsovea. Later he would go on to claim three more provinces for Kinsovea.

After he had acquired this land, King Adam started what was called the 'first government', which was based around having a president and an ambassador. Though later it seemed that a king was needed so to make sure that someone who became president would not destroy the image of the nation that Adam wanted, so he changed the government to a 'moralistic monarchy' with a congress and president.

Kinsovea banned bananas for a period of time during late 2011.

A month after the establishment of Kinsovea, it gradually became a more serious and organised enterprise, an example of this being jokes and references to Oreo cookies no longer being used. The East Kozuc Walrus Incident occurred and Kozuc were widely criticised by for 'unprofessionalism'. However, the Kinsovean Government "...found that it was a pretty good joke" but didn't make any public statements when other micronationalists began speaking out on the issue. This prompted the government to reveal to the Kinsovean population the true and 'unserious' origins of their flag, along with a ban on all bananas, due to King Adam hitting the chief senator with a banana. After a few jokes they deemed the banana a violent weapon and something that drug users can 'get high' off.

However, after joining the IMTO, the organisation demanded that Kinsovea abolish the ban on bananas. Kinsovea reluctantly agreed, but warned that if bananas were used as a weapon, the ban may be reinstated.

Kinsovea is located in the state of Pennsylvania in the United States.

In black are Kinsovean land claims which are claimed using the 'The Smith Doctrine'.

Kinsovea was a 'moralistic monarchy' with a president and congress, which was very similar to a form of government designed and used currently by the Ohio Empire. It was based on the idea that a monarch has absolute power, but also has a president and congress to assist in the running of the country. They are also responsible for taking care of their people, which they have granted power to the monarch to do so, and can subsequently take it away. If they do not exercise their power in a 'moral' way, then the people of the country have the right to replace the monarch or any other government official in exchange for a leader who can make morally correct decisions. It is based around John Locke's idea of citizen's rights.

then a new type of government was instituted after Kinsovea became a constituent republic of the Federated Republics of A1 in 2012. While the former monarch, Adam Smith, remains leader of the republic as Premier of Kinsovea, his powers are limited by the jurisdiction of the federal executive, parliament and the federal court system. However, Kinsovea, like all republics in the FRA1, have relative freedom to conduct their internal affairs as they wish. The only significant transfer of power to the national level is that of foreign affairs, as no republic, including Kinsovea, is permitted to conduct its own foreign affairs. Then Kinsovea Joined Eran but is still a republic headed by a president, Adam Smith, who is the representative in Eran's Federal Assembly. Soon after a 3 month span where kinsovea went through an activity down fall, but Kinsovea soon resurfaced November 20, 2012 and left the Eran federation, who plunged into inactivity.

This doctrine, named after its creator and founder of Kinsovea, Adam Smith, states that if any micronation seeks to make a claim on land already claimed by Kinsovea, Kinsovea will "wage war" against them using cyber-warfare. However, if a micronation is willing to seek a peaceful resolution instead, they can sign a treaty and Kinsovea will relinquish its claim.

There are only two territories that have imports and exports.

One of these is Oreo Providence, which has a large agricultural base. This results in a wide variety of produce being grown all year around, including strawberries and cherries. The main import is water due to the absence of trees and electricity in the area, making it hard to keep cool on hot days. As a consequence, water is exported from Brokventa. Brokventa Providence has many streams that are filtered and brought to the Oreo Providence. While prospects for farming are very good, no agricultural activity takes place in the area for reasons yet unknown.

The currency of Kinsovea is currently being planned and will most likely be backed up by coal but quartz may also be used. The currency will be a traditional note that is backed up by an object (in this case coal). 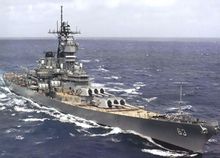 HEAS Themistocles of the A1 Navy.

Before Kinsovea joined A1 as a republic, the army of Kinsovea was divided into two groups - the 'Task Force' and the Royal Guard

The Task Force was the group that carried out operations overseas and over land that were not in Kinsovean territory, and were able to be deployed at short notice.

Like the name suggests, the Royal Guard was responsible for the protection of all land claimed by former King Adam. It also acted as the de facto police force as well.

Airsoft pistols and paintball guns were proposed to be used as weapons, but this never eventuated as cyber-warfare came to be the more accepted manner in which Kinsovea settled its disputes.

The federal government of Eran had military control, with Kinsovea having a small platoon of 6. The head of the Eran military (the supreme commander) was our President Adam smith.

Kinsovea's culture differs from the culture of the United States only by having more public holidays.

Adam Smith, while eating Oreo cookies with his sister, started singing a song about how they love Oreos, which, after further discussions, mirth and gay, inspired the creation of the Kinsovean flag. The blue on the top and bottom of the flag represents the cookie's wrapper, while the white in the centre represents the cream of the cookie. A single Oreo cookie is present in the centre of the flag.

Kinsovea has a official news agency, known as the Kinsovean National News (KNN).