The Prince Nathan KH KCFN is the founder, incumbent Prime Minister and heir apparent to the throne of the Kingdom of Florenia. After founding Florenia in early 2011, Nathan stumbled upon MicroWiki and began to govern single handedly. He named his father, now Eran of Florenia, King and appointed himself Prime Minister and interim Member of Parliament for Afula in order to form a government. Nathan earned his first electoral mandate when he defeated his younger brother Prince Henry by default in the general election of 2011, and since securing a majority of the vote in the subsequent 2013 election, he has remained Prime Minister. Following the adoption of the Parliament Act 2012, he was confirmed as Member of Parliament with three fifths of the vote. He was confirmed by Eran to seek reelection to both offices in the 2014 general election, but it never occurred, and he has continued to govern unopposed.

During his lengthy tenure as Prime Minister and Member of Parliament, Prince Nathan has developed the entire system of government of Florenia and centralized control of the state. No serious opposition has ever been leveled against his government or any part of his political program. He also serves as Foreign Minister, Chief Herald in the College of Arms, and as a colonel in the Florenian Royal Army. He is also editor and operator of The Florenian Journal.

Nathan has participated with varying degrees of involvement in the MicroWiki Sector since late 2011. Although he led Florenia's entry into the Grand Unified Micronational and singed a handful of treaties in his early tenure as Foreign Minister, he has of late remained largely removed from the greater community, preferring to observe from the outside. Nathan has been awarded multiple foreign honors, including the title of Count of Greater Bregusland in the Austenasian nobility.

Prince Nathan was born to Eran of Florenia and Queen Jane before the foundation of Florenia in the northeastern United States. 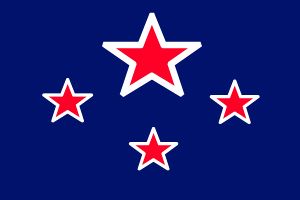 The Flag of the Republic of the Floren Lands, and the original flag of Florenia. It is now the Flag of Afula.

Republic of the Floren Lands

Without any knowledge of micronations, Nathan decided to establish the Republic of The Floren Lands on the territory which now comprises the Florenia. After only a few days, this predecessor nation ceased to exist and function due to a lack of organization. The republic began in the summer of 2010 and ended a few weeks thereafter.

Prince Nathan had the idea to start the Kingdom of Florenia, originally the Republic of Florenia, on 22 April 2011. He did not develop it much but in August it was picked up. He declared himself Prime Minister, and many other offices. He also chose all other ministers and deputy ministers. Since he is the only member of Parliament currently, he works very much with the King to write Acts and Laws. A fair amount have been passed, most of them just being creations of titles, simple laws, or basic functions for a country. He has not told any of his friends from his school about the Kingdom but hopes to and include them in the country. Most of his family do not know, or know much about, the Kingdom, but he wants to inform them of it.

From the signing of the Constitution on 5 September 2011, Prince Nathan has carried out most of the duties of running Florenia. He is currently the only Member of Parliament for Florenia, and therefore is the author to all Acts. The only other individual currently involved in the Kingdom is Eran I, who must read and approve all Acts passed by Parliament, or, in this case, the Prince. Because of his major involvement, Prince Nathan has molded Florenia to his liking and his political views. He believes this is currently the best approach for Florenia, since he believes that he knows the most about Florenia and micronationalism in general. As most of the other Florenian citizens are liberals and agree with the views of the Democratic Liberal Party, he governs with very little opposition. This is excluding the occasional outburst from Prince Henry or Prince Zachary.

Prince Nathan ran for the office of Prime Minister for the first time in late December 2011. He was originally running against Prince Henry. However, Prince Henry dropped out and Prince Nathan became Prime Minister. He also ran for the office of Member of Parliament of the Dominion of Afula on July 29, 2012, and won with 60% of the vote. Due to the fact that the Prince ran unopposed, voters had the option to vote either for the Prince, or to mark an against option on the ballot. Should the latter have received more votes, further elections would have been required. He gad planned to run for both of these offices in the General Election of 2012, which were to begin around 22 December 2012.

Following the Cabinet Act 2013, a Florenian Act of Parliament given royal consent on 9 February 2013, The Prince appointed himself Foreign Minister, the first appointment to the office since its founding in September 2012. Florenia was elected to the GUM Advancement Council for two consecutive terms, and Prince Nathan has served as Florenia's delegate to the GUM since the Kingdom's joining. On 18 December 2013, Prince Nathan announced his candidacy for re-election to the position of Prime Minister. He faced no opposition, and was suspected to have his position confirmed by the election. He won with a majority of 87.5% of the vote, and will serve as Prime Minister until the next election in 2014.

On April 18, the Prince's office released a statement announcing that a Florenian judiciary was in construction, and that it and an Act creating the Ministry of Justice were to be introduced within the next ten days. The Prince independently authored both documents. On 24 June 2014, the Prince, in an order delegating temporary powers the Eran I due to his month long leave of absence, he promised that the Judiciary acts would be completed and passed by the end of July. On July 20, the Prince returned from his absence and reassumed power from Eran I. In the following days, the Prince began a sweeping reorganization of the military following the passage of the Military Organization and Commissions Act 2014, which allowed the armed forced to operate independently of Parliament with regards to its structure and general management. He also, with Queen Jane, purchased a kayak for the Crown on behalf of the Royal Navy, the first addition to the Navy's fleet in its history.

After uncertainty surrounding the lack of candidates in the Florenian general election of 2014, Prince Nathan was confirmed to stand reelection by Eran on 22 December, which he did with "reluctance." He, as in 2013, was attempting to obtain a simple majority over an against option on the ballot, but the election again did not occur.

Prince Nathan is of Romanian, Polish, Slovakian, Lithuanian, English, and possibly French descent. He is a citizen of Florenia, the United States, and Israel. He is also an honorary subject of Austenasia

Prince Nathan was awarded the title of Count of Greater Bregusland by Jonathan I, Emperor of Austenasia in 2019.