The monarchy of Florenia, commonly referred to as the Florenian monarchy or, as the legal institution, the Crown, is the constitutional monarchy of the Kingdom of Florenia. Eran of Florenia has reigned as monarch since Florenia's foundation on 22 April 2011. The monarch has many responsibilities, the most important of which is granting royal assent to all Acts of Florenian Parliament so that they may become law. The monarch's primary role as conceived of upon independence was as a symbol of national unity and a non-affiliated leader of the nation.

On 25 November 2016, Eran issued the November Declaration, a decree in which he claimed temporary powers and suspended Parliament. Eran has since ruled with nearly limitless power, though he does not exercise it frequently. He also assumed the style of His Majesty, doing away with the word Royal.

Under Florenian Law, the monarch has the following powers and duties, and is constantly receiving more as the nation develops. 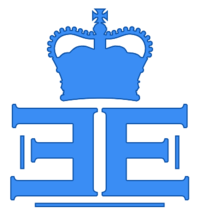