The Democratic Liberal Party, often abbreviated to the DLP, is a liberal political party, and is currently the only political party in the Kingdom of Florenia. The party holds the only seat in Florenia's Parliament as well as the Florenian premiership, both of which are held by party leader The Prince Nathan. The party was founded in 2011 by the Prince to incorporate all liberally aligned Florenians. Party membership is currently four, which makes up approximately one third of the Kingdom's electorate. Members of the party also occupy all of the Cabinet minister positions. 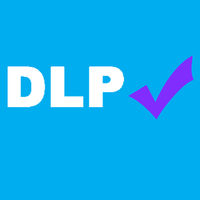 An alternate logo used by the party for election purposes

The Democratic Liberal Party is a socially and fiscally liberal organization. A primary doctrine of the party is a belief in equality for all under the law and in society. The party has also, through Prince Nathan's policies as Prime Minister, moderately monarchist views, supporting policy that allows the Monarch specific and limited powers, as well as including the sovereign in the system of checks and balances. The Party supports moderate taxation, passing Parliament's not enforced Act Two in 2011 which established a standard tax, but has not sought to enact further legislation. Same-sex marriage, LGBT rights, and gender equality are all major social topics the party seeks to promote.

The Democratic Liberals have always expressed support for Florenian taxes. However, due to the discontent of the population, the Florenian government does not enforce any tax collection. "Act two - Taxes", a Florenian Act of Parliament, was passed by Prince Nathan with the idea of creating a steady income and budget for the Government. There was massive outburst from the Florenian people, and the law has not been enforced since the first collection in 2011. The party aims to set an optional tax for all citizens (not only residents like the previous act) and create benefits for those who choose to pay it. Act Two has not yet been officially repealed.