From MicroWiki, the free micronational encyclopædia
(Redirected from Huai Siao)
Jump to navigation Jump to search

The Empire of Huai Siao (Thai: จักรวรรดิห้วยเสี้ยว), also known as Huai Siao, is a micronation located in Thailand. The country is ruled in a democratic style with an Emperor as the head of state to promote the rights and freedoms of the people.

Huai Siao is mountainous throughout, enjoying tropical weather during the day. The culture is a combination of Thai and tribal traditions, with Chinese culture also being tolerated and influencing official uniforms. Despite being a micronation, it has not officially declared its territory separate from Thailand, and its population and Emperor remain loyal to Thailand. Despite the fact that the constitution expressly specifies that everyone has equal rights, there is a feudal system in place in general, even at the royal palace.

The Hmong people in this area have called the country Huai Siao(Thai:ห้วยเสี้ยว) since the empire was founded in 2018, led by King David. As the words of Phraya Hu, a Huai Siao historian has said that

"Ever since King David. Praise himself became king at Huai Siao. King David consulted the nobles on how to name the kingdom, and the nobles offered him to name the kingdom based on his place of residence, Huai Siao. Therefore, the result was to name the Huai Siao Kingdom in the end."
And the name of the Huai Siao Kingdom continued until 2019, during the time of Emperor Pao. The nobles are currently lead with Prince Eun Jo. He led the nobles to come to the emperor and pay respect to change the rule to keep up with the world, which in that year there was a change in rule by lifting the country from Kingdom of Huai Siao was Empire of Huai Siao until now. 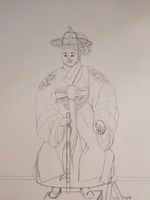 The Kingdom of Huai Siao was founded on 14 July 2017 by King David,[2] who chose as his regal name "Aphichat Sripichai Aninya Mahadi". The Kingdom was plagued with numerous problems, such as a bloated bureaucracy.

King David fell seriously ill. He made Prince Eun Jo as the Regent of Huai Siao. Within a few days, King David abdicated the throne for Prince Eun Jo. As regent, he called a meeting of government officials all over the country to the palace, including the royal family like Prince Uthai. In the meeting, it was decided that Prince Uthai's daughter was chosen to be Huai Siao's king. And after two months, Prince Eun Jo will be King. Eventually, Huai Siao's constitution called Constitution of the Empire Huai Siao 2562 was drafted first. This constitution resulted in the Kingdom of Huai Siao officially become an empire and raising the status of the king to the emperor.

According to its constitution, Huai Siao is controlled by an Emperor and maintains a feudal system. According to the present constitution, all people of Huai Siao have the right to vote, as well as the ability to peacefully assemble and form businesses.

Huai Siao's administrative system is organised into three branches: executive, legislative, and judiciary. The civil service is managed by the government for the benefit of the people. If it is not absolutely essential, the emperor will refrain from interfering in politics. The emperor will issue a blame letter to the government for any activities he believes are to blame.
Huai Siao is a constitutional monarchy, according to the current constitution, with a parliament and the Emperor as the head of state. It can govern by parliamentary democracy or employ democracy with the Emperor as the head of state. By dividing the power management organisation into three segments, as shown below.

The Emperor of Huai Siao is the country's head of state and represents Huai Siao's people both locally and internationally. No one may charge the Emperor, according to the Constitution, because he is to be worshipped.[3]

The current Emperor of Huai Siao is Emperor Pao, who has reigned since the abdication of King David in 2018.

Rights of the Emperor

The Minister or Chancellor has assisted in the administration of the government according to the law. The Cabinet has the following powers.

Currently, political parties must be registered at Election Commission.

Pictures of the celebrations of Emperor Pao. and civil servants in 2019

Despite the democratic transformation of the administration, However, in the current ceremony, It is critical, for example, that Emperor Pao completed the first coronation ritual in order to be officially crowned in 2018. Royal ceremonies are held on a regular basis in the royal palace. There are still other rituals, such as the appointment of important military leaders in 2019. In addition, he received honours and royal ceremonies, as well as constitutional concessions and legal approvals.

Basic information about the palace

Huai Siao's Royal Palace is a huge government headquarters. It allows public workers to utilise them as offices and to hold certain ceremonies. Including a number of royal residences that are exclusive to the royal family. The palace also hosts occasions, such as the appointment of a military service in the year 2020. Also, a location to house ambassadors and host other activities. The royal residence, which will be designated for the royal family in 2020, has been refurbished and now has semi-Chinese architecture as well as more Thai culture. The royal palace may currently be separated into two halves. The Royal Palace is a major feature of the Huai Siao government complex.. Even the Parliament House is in the Royal Palace Including the Office of the Prime Minister The nature of the palace is a Thai and semi-Chinese house Thus making this palace in shape that is more beautiful than the general public house.

There are currently 4 provinces in the Empire. 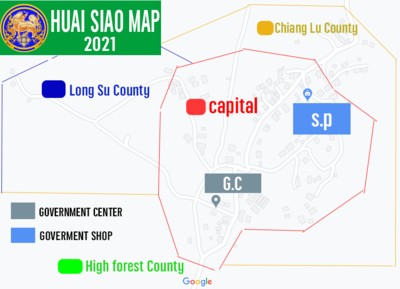 Plates at Huai Siao in 2021 by the Ministry of Interior. 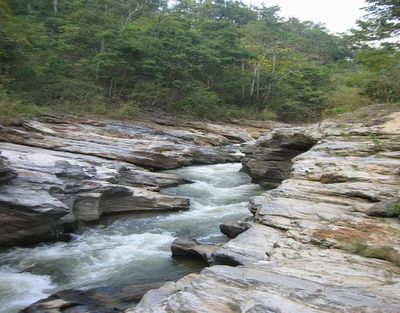 The policy of the court of foreign affairs is as follows.

Responsible person is Foreign Minister For the development of good relations for the peace of the people For good partners.

Countries that want to develop friendships can talk about it. (Discord)https://discord.gg/Uqj6TRbCcS

The country is not active or that country. worrisome according to the announcement of the Ministry of Foreign Affairs. 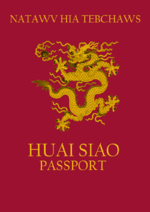 Only the Ministry of Foreign Affairs issues passports, which allow the possessor to enter the nation. It's crucial to keep in mind that foreign passports can only be used in specified countries. If the passport bearer goes against the passport's purpose, the passport may be revoked. As a result, the bearer must adhere to the passport's rules and objectives at all times.

The holder must meet the following requirements:

The majority of the residents of Huai Siao are youngsters or members of the new generation. Due to the fact that Huai Siao had a much less population than in the past. Huai Siao is now a country nearly entirely bereft of the elderly.

The Constitution of Huai Siao does not specify any religion as the national religion. All Huai Siao inhabitants are guaranteed religious freedom under the constitution.

According to the 2020 census, Huai Siao's population is 70.6 percent Christian, with the great majority being Protestant. Which might be considered Huai Siao's de facto national religion. Since King David formed the kingdom, Protestant Christianity has been a part of Huai Siao. Buddhism had the lowest number of adherents, at 25.2 percent, followed by other religions at 0.2 percent.

Thai is the official language of Huai Siao. Is the principal language of communication in education, as well as the most widely spoken language in the country. As a conventional writing format, Thai characters are used. The government acknowledges three language families in addition to the core Thai language. Other Thai dialects are still spoken in each region.

Aside from the Thai language, Minority languages, such as Chinese, are spoken in Thailand, particularly the Teochew accent Lao language spoken in the north-east, which is also referred to as Lao with a Thai accent.

The Huai Siao administration regularly sets official holidays, which are mostly followed both publicly and privately. Additional Observations Local and worldwide formal and informal Frequently observing around the country in their own unique style.

Huai Siao Empire is influenced by Buddhism and Thai culture, which emphasises respect for elders as well as friendliness, cooperation, and allegiance to the Thai monarchy. Today, Thai and Hmong cultural expressions are increasingly blending and being used in a variety of activities.
Huai Siao people have many of the same behaviours as Thais. In order to preserve connections, Thai people place a high priority on exterior manners. Thai society avoids public criticism because it is a non-confrontational society. For Thais, losing face is a humiliation. As a result, it seeks to reach a compromise in tough situations. Paying homage is a sort of greeting and respect shown by children to adults. Traditions and stringent protocols are followed (both in terms of seniority and credentials). Thais hold hierarchical connections with high regard. When Thais meet a stranger, they quickly strive to place them in the hierarchy so that they may understand how they should act. Frequently by posing questions that other cultures regard as highly personal. Status comes with a set of clothing. The relationship is determined by their overall look, age, employment, education, surname, and social contacts. It may also be found in the royal version, which is a phrase used by persons of various social strata.
Fun is an important part of the Thai people's daily lives. In practically every scenario, Thai people have a sense of humour. In a very conformist culture, some consider amusement as a manifestation of independence. It also serves as a diversion from more important issues such as vanity and responsibility.

Rice and chile are the most common components in Huai Siao cuisine, which is influenced by Thai culture. Thai food is mostly brown rice with garlic, lemon juice, and fish sauce as additional components. The street cuisine of Huai Siao is well-known. Stir-fried basil, kale, papaya salad, noodles, Khanom Jeen, and other quick-to-cook a la carte dishes are typical of street cuisine.

Respecting tradition of royalty and nobility

The Emperor will be treated as royalty or nobility, and a flying forearm will be given to him. This is a Manchu dialect known as "Tai Chien." The official procedure is as follows:

This is done to protect the Emperor and dignitaries from any potential assassination attempts. 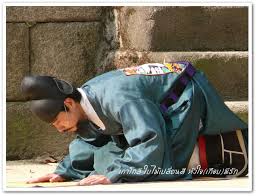 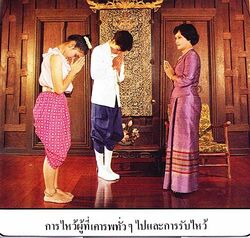 The empire is surrounded by mountains, and the summers are extremely hot and dry. When it rains, it often pours heavily, forcing the front of the palace to flood.

a. ^ Originally made with the now defunct Viskonian Empire. On 21 November 2021, they joined Richensland under the RGiE and this relations continued with Richensland instead.