From MicroWiki, the free micronational encyclopædia
(Redirected from FRA1)
Jump to navigation Jump to search

"A1" redirects here. For roads and former micronations known as A1, see A1 (disambiguation).

The Federated Republics of A1 was founded on 4 November 2010, after the federation of all four protectorates of the former Most Glorious People's Republic of A1. It went on to become a prosperous and influential nation within the "MicroWiki Sphere". It was successor state to the Most Glorious People's Republic of A1, although both simply used A1 in general communications.

A1 prided itself on not being a micronation based entirely virtually, but existing mainly in the physical world, through such activities as military exercises, government meetings and government projects. It officially "moved away" from the MicroWiki Sector in November 2010, following a dispute within the Organisation of Active Micronations between Gordon Freeman, founder of A1, and Sebastian Linden over the latter's use of the former's real name. However, for all intents and purposes this "move" was purely symbolic, with A1 maintaining close ties with the MicroWiki Sector until its dissolution, later also forging ties with the Micras Sector.

Freeman left micronationalism on 13 May 2012 after another dispute regarding the use of his real name, this time with George Cruikshank. After a resultant lengthy period of inactivity, A1 collapsed in August 2012.

The name 'A1' stems from the original territory claimed by A1 and where the Pprit Revolution took place. As A1 originated from a classroom joke towards the end of 2007, the original name for the nation was simply "A1", coming from the name of the classroom (A1). However, following the Revolution, the decision was taken to add the prefix "Most Glorious People's Republic of", by the order of Chairman Pprit, and this was carried over into the new Federated Republics in 2010. 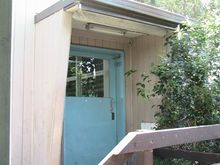 The classroom in which A1 was founded.
Main article: History of A1

A1, being on the continent of Australia, was previously inhabited by the indigenous population up until the late 1800s. After the development of the area in the mid 1900s, A1 was created by the urban sprawl of Melbourne.

The main turning point in the history of A1 was the Great Pprit Revolution, where former Chairman Pprit headed a revolution, and declared A1’s independence on 1 January 2008. Just a few days later the government was established, the Constitution and Bill of Rights written and authorised, and territories secured.

The 2010 A1 Political Crisis, mainly between former Deputy Chairman Tomas Caulfield's United A1 Party and Chairman Gordon Freeman's A1 People's Party, severely rocked A1's politics. The crisis eventually caused members of the United A1 Party to renounce their A1 citizenship and create a new micronation, the Federal State of A1, resulting in the sparking of the Great Patriotic War.

In October 2010, A1 incorporated two more protectorates into itself, with the former micronations Nemkhavia and Nasatroe joining in early October. This coincided with the end of secondary education for many of New Central's citizenry, with 95% of citizens of New Central renouncing their citizenship as a result.

Also in late October, the MGPRA1 officially ceased to exist on 27 October 2010, and was officially succeeded by the Federated Republics on 4 November 2010. This changed A1 from a democratic communist dictatorship to a parliamentary democracy, and separated the positions of head of state and head of government. All former protectorates were federated into a single entity, with each protectorate becoming a republic.

In November 2011, James Wilary became First Secretary of A1 and Sam Kirby became Prime Minister, after their two parties, in a coalition, won the election of the same month. This was the first time in over two years that such a drastic change in the leadership of the nation had taken place.

After the departure of Gordon Freeman in May 2012, Wilary, Kirby and other A1 citizens took over the running of A1. However, within a few months, all republics had seceded, and governance of Lichthalzen had ceased. This rendered the FRA1 unofficially dissolved by the end of August. 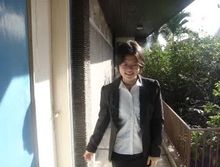 Mars McTavish, the first Prime Minister of A1.
Main article: Politics of A1

A1 was a parliamentary democracy with a clear separation of powers between the legislative branch, judicial branch and executive branch. The head of state was the First Secretary of A1, who was elected by the representatives of the Chamber of Electorates in the first sitting of parliament following a federal election. The head of government was the Prime Minister of A1, who was the leader of the political party that won a federal election.

As a federation, A1 accepted applications for new constituent republics, especially from existing micronations. Since its inception in November 2010, the FRA1 was comprised of a total of seven separate republics (excluding the fictional republic, the Republic of Pontus). Each republic had relative freedoms and was headed by a premier, who was also a member of the federal cabinet.

The first Prime Minister was Dame Mars McTavish, appointed on 29 October 2010 as the FRA1's first female to be elected to a head of state or head of government position. She was also favourite to win the November 2010 A1 Elections, which were delayed as a result of the eruption of Mt. Merapi in Lichthalzen. The elections were held in late November, but as there was only one candidate per seat, actual voting did not take place.

In November 2011, elections were held in which then First Secretary, Gordon Freeman, was replaced by James Wilary, and Mars McTavish was replaced as Prime Minister by Sam Kirby. For the first time since August 2009, Freeman did not hold the position of either head of state or head of government.

The Judicial Branch in A1 was separated from the legislative and executive branches, to ensure what was commonly referred to as a separation of powers. This ensures that A1's justice system was fair and independent. The High Court of A1 was the highest court in A1, and dealt with all judicial and legal matters. It never held a formal sitting.

Main article: Foreign relations of A1

A1 came out of isolation in August 2009, following the August 2009 General Elections, and became an influential micronation within the MicroWiki Sphere.

A1 established its first micronational diplomatic relations with Bobalania in July 2009 and joined the United Micronations in early August 2009. It also joined the Grand Unified Micronational soon afterwards, but left the GUM in November 2009 due to numerous complaints by A1 about various aspects of the GUM.

The Micronational Assistance Office and the Organisation of Active Micronations were launched in October 2009, in response to the recommendations made by the July 2009 White Paper. These creations were met with great approval from inside the A1 Government and from members of the wider micronational community.

Freeman's disapproval of Antarctic micronationalism caused much controversy in early 2010, sparked by the leaking of a speech by Freeman to the Central Committee in February of that year. 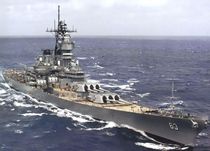 The HEAS Themistocles, flagship of the A1 Navy.

A1 maintained a small non-standing military force. Total numbers in the armed forces were, at their peak, around 70, as conscription at the age of 16 into the Red Guard was in force.

It also had a separate branch in A1's Micras territory, the Republic of Pontus, it being fictional. It housed the entire A1 Navy, a separate army and a separate air force. 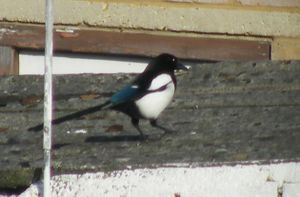 A magpie, commonly found in Acacia.

A1 was approximately 9 square kilometres in area, comprising of six republics.

The now infamous Great Window Opening Tornado Disaster of 2008 was particularly devastating, with over 15 sheets of paper blown across New Central and one citizen receiving an incision on their arm, amongst the many other terrible effects of the disaster. A public holiday to remember the disaster was held on 23 March, the day that this terrible disaster struck.

In 2010 A1 suffered its first major natural disaster with the Indonesian republic, Lichthalzen, falling victim to a volcanic eruption in neighbouring Indonesia. Numerous citizens were injured by falling ash during the disaster and it is thought to be one of the worst micronational natural disasters of all time.

A1 consisted of various republics, spread across three continents. Republics elected a premier to represent them in Cabinet, as well as participating in federal elections, consisting of Members of the Chamber (MCs). Each republic was permitted to institute a government and/or legislature as it saw fit, so long as it did not violate any laws or the constitution of A1. As specified in the A1 Constitution, no republic was permitted to raise its own separate military force without the consent of the First Secretary, with the exception of A1's Micras republic, the Republic of Pontus.

† Denotes former protectorate of the predecessor to the FRA1, the Most Glorious People's Republic of A1.
‡ Denotes former republic, as does the red colour.
* Denotes geofictional Micras republic.

The A1 Weather Bureau provided weather information for A1, including weather warnings, rainfall and udometer readings. It was inactive for some time, due to damaged weather instruments. The A1 Geographic Society also provided limited geographic information on A1 and sent out numerous expeditions to such places as the Victorian Alpine Region.

Education of A1 citizens was not within A1's realistic scope to provide such services.

Owing to the size of A1, there was only one A1-specific news provider, the A1 News Service, or A1NS. It also provided news from all the republics. It was resurrected in August 2012 by Gordon Freeman to provide independent micronational news coverage, no longer associated with A1 in any way, and published articles on the MicroWiki and Micras sectors until April 2013.

In September 2009, the A1 Broadcasting Commission was established. It, similar to the A1 News Service, was funded by the government and maintained YouTube and Livestream channels.

Although having much musical and artistic talent, A1 did not have a performing arts centre or artistic academy, despite plans to do so.

This audio file was created from a revision of the "Federated Republics of A1" article dated 2023-02-07 ,
and does not reflect subsequent edits to the article. (Audio help)
More spoken articles