From MicroWiki, the free micronational encyclopædia
(Redirected from New Central (A1))
Jump to navigation Jump to search

The Republic of Acacia was located in Mount Isa in Queensland, Australia.

New Central was the first territory liberated in the Pprit Revolution in late 2007. This then resulted in the interim central government of A1 being set up, with the constitution and Bill of Rights being approved by the A1 People's Congress in early January 2008.

It was invaded during the Great Patriotic War by Federal State of A1 forces, with all communes, save for Ppritville and Filland, being taken over and relinquished to the FSA1 in the Caulfield Convention.

In October 2010, following the end of their secondary education, 95% of New Central's citizenry renounced their citizenship as a result, leaving only three citizens in New Central.

Following the 'November Transition' and the creation of the Federated Republics of A1, Acacia was incorporated into the FRA1 as one of the original republics.

Acacia did not have a separate government, owing to the low number of citizens. However, Eddie Hilliard, the previous Chairman of A1 remained as Premier of the Republic until Donald Sunderland took over in late 2011. 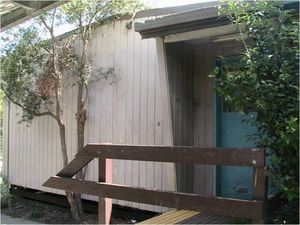 Exports of fresh produce, including lemons and oranges, kept Acacia in the position of the most economically productive republic in the FRA1.

The Great Window Opening Tornado Disaster 2008 occurred in A1, with a special commemoration day held every year to remember this disaster.

Temperature variation was very high - ranging from up to 47 degrees (Celsius) in summer to less than 5 degrees in winter.