Chelsea Ashley Chen, addressed royally as Her Royal Highness, Chelsea II, Princess of Elemental and also known informally as simply "Chels," is a female micronationalist and is currently the Deputy President of the Federated States of Gapla. She also served as the former President of the Federated States of Gapla, but failed to gain re-election in the 2022 Gaplan general election after PLP, her party, suffered a major setback.

She is the founder and Queen of the State of Elemental, one of the most powerful states of Gapla, however, Chen only joined Gapla a few months after it was created, not at its founding like most leaders. Elemental was the winner of the 4th Session with the competitor Emeralkia and the de facto competitor Folia Tail. It has a history of getting into conflicts with the States of Folia Tail, Snake, and Xadia. A competitively acclaimed pianist and violinist, she has played at Segerstrom Hall and at the Nixon Library.[a]

On the Gaplan educational platform Gapla MasterClass, Chen teaches theory, music composition, and improvisation. She is a self-acclaimed LGBT ally, avid reader, author, a person who is intolerant on cruelty, and is an environmentalist.

The following is a list of honors, domestic and foreign, received by Chelsea Chen:

All from the Federated States of Gapla.

From countries other than the Federated States of Gapla.

Early days and the revolution

Chelsea joined Gapla a few months after it was founded, creating the state of Elemental soon after.

It quickly was absorbed by the various Gaplan powers and soon fell inactive. Chelsea was seen as a minor governor with no power during this period, but after COVID-19 struck, she would be seen as one of the most significant people in all of Gaplan history.

Chen was loyal but not active in Gapla during this time, without seeing much purpose or need in Gapla until March 2020. 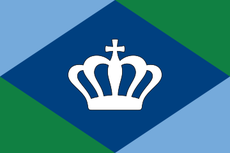 The flag of Elemental, Chelsea's state.

Chelsea is often criticized for not participating in the famous Gaplan Revolution, though her supporters say that Chelsea publicly opposes Hubbard and wasn't able to participate in the revolution due to her inactivity in Gapla during that time period. She also claims that she wasn't in the room when the revolution happens, which is mostly regarded as true, but some right-wing Gaplan news networks such as FoliaNews247 deny this.

The princess rose to power when Elemental became more active during the start of the COVID-19 pandemic.

She soon created the Anti-Cruelty Party, a big-tent political party that has now been dissolved. The state clearly overpowered its former protectors, Emeralkia and Syopolis. While Emeralkia continued to be active, Syopolian activity died down, and later, Syopolis was demoted to a provisional state.

Chelsea was generally a progressive during the joining and merger era, although the Gaplan right accused her of being a socialist and a communist. At this time, Chen denied these allegations but would later give substantial hints to self identifying as a socialist while not directly saying she was socialist to gain the left-wing to far-left PLP voters during the Red Wave.

Chen was majorly active in doing what she says was better for Gapla by conducting diplomatic talks with Elysium, Promatia, and servers of different miconations and micronational organizations. She is considered an active diplomat for Gapla.

Her ideas of an ideal Gaplan state are one she self-describes as just, anti-cruel, describing a "center-left utopia." 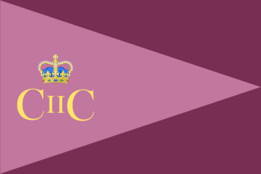 Chelsea's royal standard as the Grand Princess. The royal cypher is in the standard.

Elemental continued to dominate interstate sessions and Gaplan politics until the partial era and the Red Wave, where Elemental with the left-Gaplan TPM created the new PLP.

Today, Chelsea is considered to be the leader of the Gaplan left, although some critics say that she is center-left and not socialist, therefore not "left enough" to represent the PSNP.

She has participated in a lot of public discourses on opposition to the Gaplan right (mainly composed of the leaders Emma Bunnell, Wyatt Baek, Diti Patel, and Renaldo Chang), opposition of the pro-life, and aggressive arguments with members of the Gaplan right, most notably Wyatt Baek.

In March 2022, Chen revealed in a private message that she was a "fake socialist" and "only leftist," probably to gain the votes from the Red Wave of Gapla.

Chelsea Chen successfully ran for President of the Federated States of Gapla in the 2022 Gaplan Presidential Election. She was running for the People's New Socialist Party (now the People's Liberal Party) and her main opponent was Emma Bunnell.

The election results have been contested several times by the Free Rightist Party, controversially, and failed every time.

Citizens of the United States of the Terra Excelsior Republic also publicly supported Chen, and made statements against Bunnell.