Republic of West Who

West Who, officially the Republic of West Who, is a small self-declared country. West Who is a micronation with a population of 360 citizens. Founded as a republic in 1969, West Who has elected officials in its government including the President and Senate. The Republic of West Who is located in Colorado seven miles west of Denver. West Who is completely surrounded and landlocked by Colorado. West Who is only .35 of an acre in size making it one of the world's smallest countries. Established in 1969, West Who has a democratically elected government. Ranking high on the World Happiness Index, West Who is a fun and happy nation. The economy of West Who is supported financially by the sale of postage stamps and tourist mementos, fees for admission to its museum, and donations to the national treasury. West Who has a stable economy with one of the lowest unemployment rates among micronations, no national debt, and a small budget surplus. The national currency of West Who is - the West Who Dollar - which is pegged at 20 US cents. The Republic of West Who refers to itself as a "domestic dependent nation," claiming status similar to a Native American tribal nation in the USA. Although not Native Americans, the citizens of West Who claim domestic dependent status, as a nation without national lands, except that which is owned by its citizens.

Presidential elections take place each year in the Republic. West Who has a unicameral legislature, called the Senate. Senators are elected for two year terms. West Who has six regional governors. Since most West Who citizens live outside of West Who's territorial boundaries, the regional governors are responsible for citizens who live in North America, South America, Europe, Africa, Asia and Oceania. The West Who Supreme Court has seven members including a Chief Justice. West Who citizens live in over 25 different nations throughout the world. The country's motto is "Independent, Free and Fun". West Who ranks high on the GNH or Gross National Happiness Index of world nations.

History of West Who

West Who is named after the Who's a group of people in a book by Dr. Suess. A quote by Dr. Suess in Horton Hears a Who "a person’s a person, no matter how small" was adapted by founding citizens of West Who to "a country is a country, no matter how small." West Who was established in 1969, by two students John Farr and Craig Carter who decided to create their own countries. Farr became the president of West Who and Carter the prime minister of Iswas a rival micronation. Both nations were part of the Federation Treaty of California micronations, a group of eleven micronations started in the 1970s. The students created currency, postage stamps, civilian government, newspapers and other aspects of a country. They declared their independence from the United States, where the micronations were located. Others joined with them to create their own countries and the various micronations declared war on each other, made alliances and functioned as small nations for several years. Over a fifty year period, West Who gradually developed as a micronation with a strong functioning government, stable currency, beautiful postage stamps, national anthem, an elected president, Ministry of Education and even a spy agency. In 2015, 2017, 2019 and 2022 West Who government leaders participated in MicroCon, a meeting of micronations similar to the G-8 Summit meetings of macronations held every two years. West Who government officials also attended the Micronation Summit held in Las Vegas, USA in 2021. 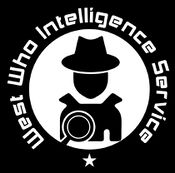 Seal of the West Who Spy Agency

Does West Who have an army?

West Who does not have its own armed forces, although there is a small ceremonial Army. In case of emergencies or natural disasters, all able-bodied persons 16 years and older must serve. West Who’s Basic Law encourages citizens to keep a rifle at home to protect the country.

West Who’s small army has historically been raised or reconstituted at various times, but in modern times the army was abolished except for ceremonial purposes. The basic principle of West Who defense is that all able-bodied men and women are available to fight if called upon by the President.

The army's role in internal security was replaced by the National Police of West Who in 1991. The army had defended the country in a series of wars with other micronations in the 1970s. The ’80s brought peace to West Who and the Congress moved to dismantle the army and turn over national security to the police force. The President of West Who is still the nation’s highest-ranking military officer, though this is a ceremonial position. Currently, the National Police serve as the defensive force for the Republic of West Who.

Government Departments - The Republic of West Who has a democratically elected government. Presidential elections are held yearly. The Senate has thirty seats and members are elected for a two-year term. West Who has a unicameral legislature. The West Who Supreme Court has seven members including the Chief Justice. West Who maintains its own postal service. The Post Office Department issues stamps on various themes such as nature, exploration, famous West Who citizens and sports. A recent stamp series features the President and Director of Wildlife Conservation on an official trip to New Zealand.

West Who Film Festival - West Who is one of the few nations to sponsor an international film festival for micronations. Held once a year in July, the Film Festival takes place in West Who and showcases short films and commercials from micronations around the world. 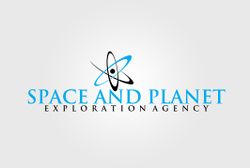 Logo for the West Who space agency.

Space Agency - SPEA (Space and Planet Exploration Agency) is the space agency of the Government of West Who. It's mission is to promote the peaceful use and development of space, to advance the knowledge of space through science and to ensure that space science and technology provide social and economic benefits for the citizens of West Who. The purpose of the Space and Planet Exploration Agency SPEA is to develop programs and activities involving science and technology that support the priorities of the Government of the Republic of West Who. SPEA directs its resources and activities through four key areas: Space Awareness, Earth Observation, Space Science and Exploration, Satellite Communications. The West Who Space Agency was established in 2013. With the motto "Space is Our Future" the government of West Who has developed a leading micronation space program. Currently, the Republic of West Who has an observatory in southern California. The observatory has photographed Jupiter, one of the first micronations to do so. Recently, the President appointed a new director to SPEA to expand research into exploration of the solar system and deep space. The West Who Space and Planet Exploration Agency has as a goal to build and launch a microsatellite. SPEA is exploring the possibility of designing and launching a CubeSat which is a microsatellite in the shape of a 10-centimeter cube and weighs just 1 kilogram. The West Who Senate has authorized funding for the program. 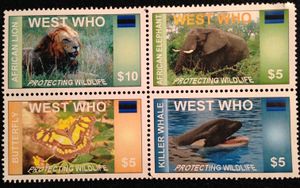 Protecting Wildlife stamps from the Republic of West Who

West Who Postal Service was established in 1970. Early stamps were manufactured by hand in limited quantities and used within West Who and between various micronations located in Southern California. The Postal Service now issues professionally produced stamps through the company YourStamps of Berlin, Germany. The West Who post office usually issues between one and three different stamps each year. Stamps feature micronation flags, animals, famous West Who citizens, historic heroes, space craft, and other things of interest to West Who citizens. The purpose of the West Who Postal Service is to provide reliable, affordable and efficient mail to West Who citizens. West Who is a member of the Micronation Postal Association, an organization devoted to developing micronation postal systems.

For current news about West Who visit the Whoville News Website: http://westwhogov.wix.com/news

"Grant the Republic of West Who Independence" The White House - We the People, July 16, 2015

"The Weird, Wild World of Micro-Nations Where Anybody Can Be King" Jennifer Parker, Bloomberg News, April 30, 2015, http://www.bloomberg.com/news/articles/2015-04-30/the-weird-wild-world-of-micronations-where-anybody-can-be-king