Vignetia is a Feud and the capital of Vilthia.
The city is made up of a group of houses built around fields and meadows, located in the center of the city.
Vignetia historically represents the seat of power of Vilthia and, previously, of the brotherhood of San Sebastiano, in fact, the historical and oldest nucleus of the town is composed of the residences of the founders of Vilthia.
This area, as the rest of the micronation, is entirely owned by the government of Vilthia.
Vignetia is separated from the rest of the nation, and includes also the Governatorate Palace, an extraterritorial possession in Italy.

The territory is mostly hilly and steep. Is occupied mainly by meadows and fields used in vineyards (hence the name Vignetia). 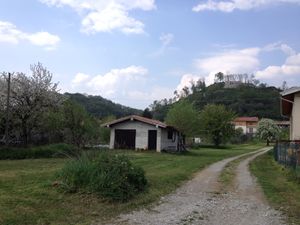 View of the community from the southern border

In Vignetia are located the most important palaces of Vilthia: The Central Protectorate, seat of the government and residence of the Sovereign, and the St. Felice Palace, seat of the government's offices and residence of some Nobles. We find also the headquarters of the Gendarmerie, at the southern border with Italy. In Vignetia there's also a little chapel, located near the Central Protectorate. Every summer the city hosts the Vignetia's Festival.

Origin of the name 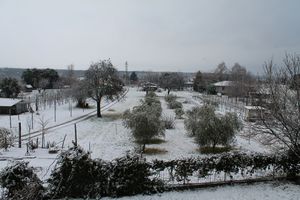 The name Vignetia began to spread following the internal conflicts of Yunivers in 2009. During the entire summer of 2009, Yunivers remained divided into two factions. The faction who controlled the city, that until this moment was called the "City of the Protectorates", began to call all of the controlled territories "Vignetia". With the end of conflicts, the name was not changed. Note that since the foundation of yunivers to 2008, the term "Yunivers" was referred only to the capital.

The City of the Protectorates

Before the reforms of 2009, Yunivers was not subdivided into provinces and feuds, but in protectorates. Instead of 5 nobles, there were 5 protectors, who resided in the city. Each protector administered the part of the city where he lived, and a territory Yunivers. Just because the city was divided into 5 protectorates, she took this strange name (City of the Protectorates). 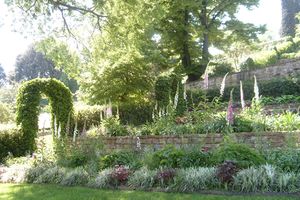 The Governatorate's Gardens are located in the north of the city, opposite the Governatorate Palace, nearby of the Church. Are public and accessible by all residents. Were built in the early 1900.

The Central Protectorate's gardens are located in front of the homonym palace, and they are the private gardens of the King. Stone walls bound the area in the North, South and West. They are rich of rare plants, and they are rarely opened to public (usually in the Christmas period).

In Vignetia cars can only pass through the Route 6, which crosses the city from the Customs (to the south) to the St. Felice Palace, and through Governatorate Street. In all other areas, the traffic is allowed only on bikes or scooters, with the exception of Conciliation Street and Liberty Square (in the Central Protectorate Rock area), where only pedestrians are allowed.

Vignetia havent got its own railway station, but is served by the station of "Vilthia-Central Protectorate", on the Pedemontana Railway from Italy. The station, however, is located in the Vilthia's Mainland, in the Community of Floria, at about 500 mt by foot from Vignetia.

The city is served by urban public transport and also a bus line that connects the city with Mizzeri, in the Province of Teratiliventhia. In Vignetia there is the Autotram, a service made up of a tractor pulling a cart on which have been settled some seats. The service crosses the whole city: from the southern border to Adunanza Square, in front of the Saint Felice Palace, anyway it is primarily a tourist service.

The Central Protectorate's Museums, or Vilthian Caves, is the unique museum in Vilthia. They are located in the Central Protectorate Palace, but are rarely opened to public. Usually on request at the Gendarmerie and in the summer, from June 1 to September 10.
The museum houses the art collection of Vilthia, which consists of several paintings, sculptures, archaeological remains and educational courses.