The Authority for the Security of the Decracy (ASD) is the civilian foreign intelligence service of the Central Protectorate of the Decracy of Vilthia, tasked with gathering, processing, and analyzing national security information and ensure national interests security. 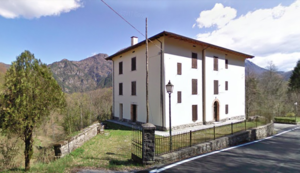 Headquarters of the Department of Security and Civil Defence Services

The ASD reports to the Director of Security and Civil Defense Services Department of the Governatorate and is primarily focused on providing intelligence for the Sovereign of the Decracy of Vilthia.

Unlike the Striated Guards, which also haves duties of domestic security service, the ASD has no law enforcement function and is mainly focused on foreign intelligence gathering, with only limited domestic intelligence collection. Though it is not the only vilthian agency specializing in intelligence, the ASD serves as the national manager for coordination of intelligence activities. Moreover, the ASD is the only agency authorized by law to carry out and oversee covert action at the behest of the Sovereign.