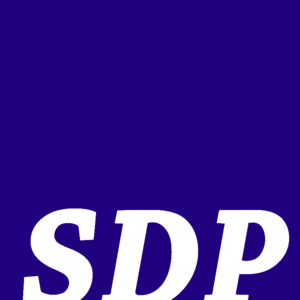 One of SPP's logos during the SDP times.

The SPP was founded Hagiopolis on December 22, 2013, as the Social-Democratic Party of Ashukovo and was approved a day later.

The party was succeeded on January 2017 by the Conservative Party.