The university counts five departments, known in the university's nomenclature as "colleges", each of which offer degrees in numerous related fields. 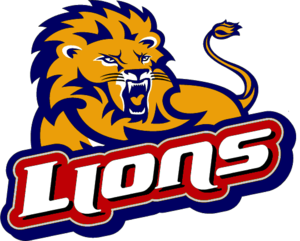 The logo of the U of A Lions

U of A is well known for its athletics. The University of Ashukovo Lions have competed in MicroLeague, an intermicronational basketball league, since it's 2013-2014 season. It is also part of the Ashukov College Sports Conference (ACSC). Edward Jacobs is the head of the Athletics department and head coach of the Lions Basketball Team.

The university has it's own fight song, based on that of the University of Kentucky, entitled "On, On, U of A!" It's lyrics are as follows:
On, on, U of A, we are right for the fight today,
Hold that ball and hit that line;
Ev'ry Lion star will shine;
We'll fight, fight, fight, for the blue and white
As we roll to that goal, Varsity,
And we'll kick, pass and run, 'till the battle is won,
And we'll bring home the victory.