New Capanesia officially the Kingdom Socialism Union of New Capanesia Found In 1 August 2021 By King Puripura I And Piya Daengja Founded For micronations in Thailand This Here is a located in Khao Rang, Nong Pling Subdistrict, Mueang District, Nakhon Sawan , Kingdom Of Thailand

Founded 1 August 2021 At the time, New Capa was not part of the MicroWiki at all because the development of modern content was insufficient to meet the demand. The content creator via NetCapa It is the author of this content project.

King Puripura I And Piya Daengja in the beginning New Capa is not up to date enough to meet that demand. Because it was the first country in Nakhon Sawan to focus on independence recently. and was in such a tumultuous manner such as the coup d'etat of the exorcist and the use of power against the people in the negative or dark side

The government has developed work Begin to enter the movement to take power with the people. The people have given good help and have cooperated in every aspect. And New Capa has created a new constitution without injecting the old constitution. 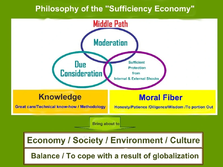 It is a single country capable of many aspects such as the front office that includes all aspects that are accessible. At present, the country is developed and ready to progress with everyone in every micronation and ready to meet and talk.

New Red Army has strengthened the defense of the Thai-New Capa area. New Capa has successfully launched several missile launches, soon to be deployed for military use around mid-January 2022.

New Capa is influenced by Buddhism and Thai culture, both respecting the elders and being friendly to one another, helping one another, and loyal to the Thai monarchy. Today, Thai and Capa cultural expressions are becoming more and more integrated and applied in various activities.
People tend to have the same habits as Thai people. Thai people strongly emphasize and value external etiquette to maintain relationships. Thai society is a non-confrontational society that avoids public criticism. Losing face is a disgrace to the Thai people. Therefore aims to compromise in difficult situations Paying a homage is a form of greeting and reverence of the little ones towards the adults. (Both thinking of seniority and qualifications) according to traditions and strict rituals. Thai people respect hierarchical relationships; When they encounter a stranger, they will immediately try to put them in the hierarchy to know how they should act. Often by asking questions that other cultures see as extremely personal questions Status has clothed Their general appearance, age, occupation, education, surname and social connections determine the relationship. It also appears in the royal form, a term used by people of different classes.
Fun is an essential element of Thai people's daily life. Thai people have a sense of humour in almost every situation. Some see fun as an expression of individualism in a highly followed society. It is also a distraction from serious matters in life such as vanity and responsibility.

Pay respect to friends, mothers, brothers and sisters. You have to respect the Thai way. In New Capa, the Thai culture is fully obtained today. 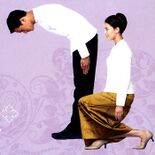 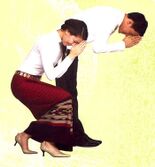 On Website [1] There will be a Micronational flag in front of you.