2016 (MMXVI) was a leap year starting on Friday of the Gregorian calendar, the 2016th year[a] of the anno Domini (AD) and Common Era (CE) designations, the 16th year of the 3rd millennium and the 21st century, and the 7th year of the 2010s decade. This article documents notable events from the year in the MicroWiki community.

The year began amidst a period of separation in the community between the primarily left-wing faction mainly using the MicroWiki forums and a primarily right-wing faction mainly using the traditional MicroWiki-focused Skype rooms. Though, after the Grand Unified Micronational was restored as an intermicronational organisation on 4 June, the separation between the community saw a shift with several uniting alongside each other.

The GUM was restored as an intermicronational organisation on 4 June after several months of private talks.[2] The new Charter had been approved two weeks earlier on 23 May. Fionnbarra Ó Cathail was elected chair by nine votes to one, and took power on 25 June.

On 3 July, Sandus's application to join was rejected by the Quorum, as Sandus was a signatory of the Denton Protocol. Zealandia later announced they would not seek membership, stating: "If this is how they treat a signatory of the Denton Protocol, then I'm deeply concerned about how they may react to a nation whose whole acting collective executive and majority of the population are transgender". Sandus later complained in a statement that Wyvern was accepted despite having a "history of racist and Islamophobic hatred". However a few days later on 18 July, Sandus announced it would no longer adhere to the Denton Protocol.

The Diplomabear World Tour – a diplomatic tour of Angus Diplomabear, a small red teddy bear originally from the Federation of Egtavia – was revitalised late in the year by the GUM, which persuaded the last host to send the bear on. 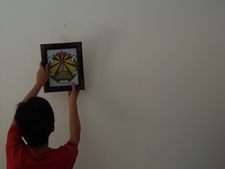 The Mercian sovereignty referendum regarding Mercia's membership in the Wurtige Empire took place between 12–14 February, leading to Mercia withdrawing from the Wurtige Empire after receiving 93% vote in support. This led to the downfall of the Empire.

On 28 February, the Alios Agreement was signed by Juclandia and Sabia and Verona, effectively dissolving the Federal Union of Juclandian Lands government and re-establishing the FUJL as an intermicronational economic and cultural union.

In November, Flandrensis, Westarctica, Ruthenia, Arkel and Campinia withdrew their membership in the Antarctic Micronational Union after a long debate about internal affairs and the preservation of Antarctica and ecologic issues. This resulted in the union falling into inactivity and losing its dominance over Antarctic micronationalism.

The intermicronational economics boom of 2016 began in March, slowing down in the late summer and drawing to a close some time in the autumn. Major projects founded in the first part of the era were Anthony Clark's Micronational Dollar in March and Henry Clémens's Hiddleston Street in May. Increased co-operation between key figures including Clémens, Lucas Campos and Ives Blackwood led to the foundation of the Micronational Economic Group, chaired by Clémens, in June. The MEG established MicroCoin, a digital currency for the community[3] and MicroTimes, an economic news ticker, alongside various other projects. The group would later dissolve on 6 December.[4] 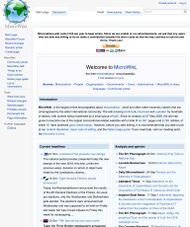 MicroWiki grew to over 9,000 articles, 46,000 pages and hit 1,700 registered users. MicroWiki switched domains on 20 October from micronation.org to micronations.wiki, which is still the site's current domain. Jonathan I, Emperor of Austenasia remained the site owner of MicroWiki for his second year. Wiki admins who continued serving were User:SiroccanGov (Daniel Anderson) for his fourth year, User:JosephKennedy2 (Brooklyn Hewitt) for her second year and User:Cip (Ciprian of Juclandia) and User:Überstadt (Adam I of Überstadt) for their first year, and tech admins User:Sebastian Linden (Sebastian Linden) for his third year and User:Luxor (Karl Friedrich) for his first year.

Two episodes of ATP's Cool Barbie were released, War in the Sky on 1 February, and Infiltration on 20 December. The Daily Micronational's eponymous series and YAMO of the Week both had their last episodes in January, however both received widespread critical acclaim, and have today been viewed over three-thousand times on YouTube. A short film from Sabia and Verona, Proun, was released on 6 December, and met with mixed reviews. The Adammic vaporwave album "Succ" was released on 30 July by Cavan Garfield under the eponymous stage name. The Adammic National Party caused minor controversy after they used their majority on the Colonial Council to pass a bill requesting that a referendum be held on changing the National Anthem of Adammia from Chariots of Fire to the single Succ. The Ruling Council rejected the bill, making it the first bill in the Empire's history to have been voted down. 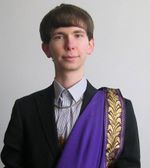 The alleged community leaders according to the history of the MicroWiki community article were: