The intermicronational economics boom of 2016 is a conjectural name for a period of intense development in micronational economics, particularly in intermicronational economics, that took place in the MicroWiki community from March 2016 onwards, slowing down in the late summer and drawing to a close some time in the autumn. Major projects founded in the first part of the era were Anthony Clark's Micronational Dollar in March and Henry Clémens's Hiddleston Street in May. Increased co-operation between key figures including Clémens, Lucas Campos and Ives Blackwood led to the foundation of the Micronational Economic Group, chaired by Clémens, in June. The MEG established MicroCoin, a digital currency for the community, and MicroTimes, an economic news ticker, along with various other projects.

Logo of the Micronational Dollar

The Micronational Economic Group was a followup of both the Micronational Dollar and Hiddleston Street built upon a custom software platform supporting multiple currencies, trading system, determining exchange rates, gambling and news writing. Social features, such as profiles and comments, were added near the end of the life of the project. The Project was developed over the summer of 2016, releasing near the end. Initially the interest was high, with over 100 users registering, but the usage of the platform quickly declined, as did the overall activity of the MEG and the micronational community at the time. 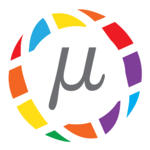 Logo of the MicroCoin

In April 2017, almost a year after the end of the boom, Blackwood made reference to it in the introduction to his white paper outlining the Glastieven Model:

Organisations such as the M$ Institute and the Micronational Economic Group (MEG) have attempted to solve these problems on the intermicronational scale, with varying degrees of success. The Glastieven Model is the next conceptual evolution in the trend towards a white-collar micronational economy ...