The Social Democratic Party (Romanian: Partidul Social Democrat, short name: PSD) is a left-wing party from Plushunia. It is the country's third largest single political party by number of seats in Plushunian Parliament (tied with the National Democratic Party), with 3 out of 25 seats being occupied by PSD members. The party is known as the largest left-wing force in the country, having been known as a moderate party for most of its existence. However, after the merger with the Plushunian Socialist Party in December 2019, which brought many radical leftists such as Ursu Polarescu to the party, and the numerous electoral defeats the it endured in 2020, the PSD underwent a significant degree of radicalisation, culminating in the election of the highly controversial politician Ursu Polarescu as party president, which led to a break-away from the moderate past and to a split within the PSD, with many prominent moderate members, including former leader Rilă Slobozeanu, leaving the PSD to form the Independent Social Party. 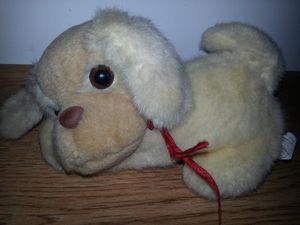 The Social Democratic Party was founded in October 2017 by two middle class Plushunians, Iepurica Albescu and Iepurica von Waldorf, with Cățeluș Slobozeanu joining as a third founding member. Despite being rather unknown in the beginning, the party quickly attracted new members, mostly from the working class, which apreciated the fact that the party was founded by fellow middle/working class citizens and by the party's ideology (social democracy), which is highly popular in neighboring Romania. Before the October 2018 elections, the party joined the Social Alliance, which won 10 seats in the Parliament, out of which 3 were given to PSD. During Iepuroi Hop' s tenure as Prime Minister of Plushunia, the Social Democrats were part of the opposition, although they were often in the shadow of the more prominent Toys' Worker Party (PMJ). After the Social Alliance won the Plushunian 2018 snap legislative election, the PSD got 5 seats in the Parliament out of the 20 seats won by the alliance, and became an important part of the Polarescu I cabinet, with the then-Party President Cățeluș Slobozeanu being the Deputy Prime Minister in the Cabinet. At the Vice Presidential election held in August 2018 the Social Alliance-supported candidate, PSD leader Cățeluș Slobozeanu, won the election and became Plushunia's 2nd Vice President, being replaced as party leader by Rilă Slobozeanu. During the Plushunian Civil War, PSD supported the Government, however in the postwar era a split appeared between the Social Alliance parties and even within the Toys' Worker Party itself, with a radical faction consisting of the radical wing of PMJ (Polarescu, Vacuta Baciu) and the Popular Revolutionary Front breaking away from the alliance and forming the Plushunian Socialist Party. The remaining left-wing parties (Social Democracy Party and the moderate wing of the Toys' Worker Party decided to join the Social Democratic Party, increasing its political capital.

At the March 2019 snap election, the PSD won 9 seats, making it the largest single Plushunian party, although it remained in opposition for the next months due to the formation of a center-right coalition between the Alliance of the Liberals and Democrats (ALDe) and the Save Plushunia Union (USP). After the Iepuroi Hop parliamentary immunity scandal in late June 2019, the center-right parties lost their majority in the Parliament, however then-Prime Minister Ghiță Purcel managed to form a grand coalition government with the PSD, the Purcel II cabinet. The new cabinet only remained in office until early August, when the Social Democrats attempted to force the Alliance of the Liberals and Democrats to support PSD member Cățeluș Slobozeanu for the August 2019 Legislative President election (the only such election in Plushunian history) by threatening to withdraw from the grand coalition. The ALDe however refused to support the Social Democrat, deciding to have their own candidate, thus the PSD went once again into opposition.

After leaving government, the party decided to focus more on the August-September 2019 electoral season, without success however, as the party only managed to win 1 Mayor seat at the local election and 7 seats at the legislative election (2nd place, behind the Democracy and Truth Alliance, which was able to form a comfortable majority with the Alliance of the Liberals and Democrats), the PSD candidate for Legislative President losing to DA's Iepuraș Slobozan. However, post-election disputes erupted between DA and ALDe, the two breaking up the coalition between them, so the PSD's support became crucial for the formation of a new cabinet. 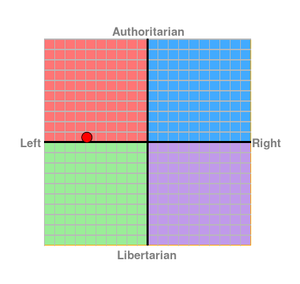 The Social Democratic Party is currently the largest and oldest left-wing party of Plushunia, being considered by many to be the main exponent of left-wing values in the country. Originally a moderate party, supporting privatisation and liberalisation of the economy, while maintaining however a strong welfare state and protecting the lower classes, it slowly drifted towards democratic socialism and left-wing populism after absorbing the Plushunian Socialist Party, as the radical wing of the party grew larger and stronger. Currently, the PSD is regarded as the most left-wing party in Plushunia, supporting a stronger role of the state in economy, strong welfare, partial workers' self management in companies, progressive taxation, favorisation of state-owned and worker-owned companies at the expense of private companies, higher minimum wages and a wage cap of 400 Plushunian Bani. Many of these measures, viewed by some as radical and populist, only became part of the party's official doctrine following the PSD's 5th National Congress, which took place on 12-17 October 2020 and resulted in the election of the well-known socialist Ursu Polarescu as Party President.