From MicroWiki, the free micronational encyclopædia
(Redirected from Mallanor)
Jump to navigation Jump to search

The Democratic Kingdom of Mallanor, commonly known as Mallanor, is a micronation located in North America. The nation is made up of one province, Theolonia, which is the first and only province of Mallanor at present. The Kingdom is completely surrounded by the United States. The form of government used in the kingdom is a Democratic Monarchy where the monarch (a King or Queen) holds many executive powers. The government consists of a Prime Minister, currently Michael Hinnebusch II; a Royal Council, which is made up of the ministers of the government and advises the King; a Parliament, which consists of two houses, the Senate and the House of Commons; and a Supreme Court.

Mallanor originally began as a NationStates nation, then declared partial sovereignty in April 2014. The nation has since slowly grown in population and the government system has been refined into the one used today.

On 13 September 2013, Connor Stumperth was introduced to the nation building website "NationStates." He used a slightly modified country name from a random name generator. The name he came up with was Mallanor. This online nation continued to exist for the remainder of that year, but was discontinued soon afterwards.

The Democratic Kingdom of Mallanor was officially founded by Connor Stumperth on 28 April 2014. He was searching the internet for articles regarding NationStates, and he came across an article about micronations. After this, he looked for more information and found the MicroWiki Forums. He promptly declared his house as the Democratic Kingdom of Mallanor. He appointed his friend, Michael Hinnebusch II, as the Prime Minister, and the next day, he appointed two more of his friends as ministers. The nation quickly expanded, with the acquisition of the rest of King Connor's property and the vacant land adjacent to it. In June, the King appointed Kaylee Smith as the Minister of Culture, further filling up the positions. After this, the country began an extended period of inactivity, which lasted until the end of the year.

Starting in January, the King began to search for citizens again and brought the nation back from its inactivity. This was accompanied with increased pressure on the members of the government to get things seriously started. In February, the King announced that the next National Elections would be held on the 18th of April of that year. This led to an increased pace of planning and politics. The elections were held, and the incumbent Prime Minister, Michael Hinnebusch II was elected in a vote of 5-4.

The Democratic Kingdom of Mallanor has a Democratic Monarchy where the monarch is Head of State, but not Head of Government. The current monarch is King Connor I. Mallanor does not currently have a constitution, but one is currently being planned. The Mallanorian system draws from many sources, including: the Empire of Adammia, The United Kingdom, Canada, Sweden, and Switzerland. 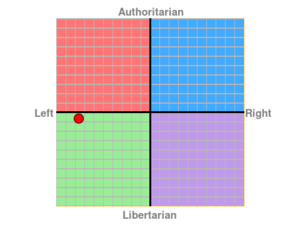 Position of King Connor I on the Political Spectrum.

The monarch is known as the King if male, and the Queen if female. The current monarch is King Connor I. The position is passed to the incumbent Prime Minister at the end of a monarch's reign. The monarch holds Royal Prerogative, which is a series of domestic and foreign powers that can be exercised by the monarch. The monarch can also write Royal Edicts, one of the main forms of legislation in Mallanor. The Edicts must be passed by the Royal Council before they become law however, so the monarch's power is not absolute. The monarch is officially addressed as: His/Her Royal Majesty King/Queen (First Name) (Surname) (Roman Numeral), King/Queen of Mallanor. Any post nominal letters can be added to the end of the monarch’s full title, but before “King/Queen of Mallanor.”

The Royal Council of Mallanor is an advisory body for the monarch. It is led by the Prime Minister, and it consists of the Prime Minister, their Deputy, and the appointed ministers of the government. The current Council is the 2nd Royal Council of Mallanor, also known as the 2nd Hinnebusch Council. Ministers of the Royal Council are officially addressed as: The Honorable (First Name) (Surname), Mallanorian Minister of (Department). Any post nominal letters can be added to the end of the minister’s full title.

The Mallanorian Parliament is the bicameral legislative body of the Democratic Kingdom of Mallanor. It is divided into two houses: The Senate, and the House of Commons. All laws, except Royal Edicts, must be started and passed in Parliament. After a law has passed both houses, the monarch of Mallanor must grant it Royal Assent, making it a valid law.

There are three courts in the Mallanorian Judicial System. They are the Court of Common Pleas, the Court of Appeals, and the Supreme Court of Mallanor.

The Court of Common Pleas

The Court of Appeals

The Supreme Court of Mallanor

Mallanor has begun to seek out meaningful relations with other micronations with similar goals and ideals as the Kingdom.

The Royal Mallanorian Armed Forces were formed in on 9 November, 2015, to provide the Kingdom with security and the ability to defend itself from foreign aggressors. The Armed Forces are comprised of three branches: the Royal Army, the Royal Navy, and the Royal Air Force. There is also an Officer Cadet Program to train officers in all three branches.

The Royal Mallanorian Army is the land branch of the military. The Army will operate mostly on the land within the boundaries of the Kingdom. The Army does not currently have any enlisted soldiers or officers.

The Royal Mallanorian Navy is the aquatic branch of the Armed Forces. The Navy will perform operations mostly on Crown Lake, which also marks the Eastern boundary of the Kingdom. As of now, the Navy does not have any enlisted sailors or officers.

The Royal Mallanorian Air Force is the airborne branch of the Mallanorian military. The Air Force will primarily perform aerial reconnaissance on the Kingdom and the surrounding areas. Currently, there are no enlisted pilots or officers in the Air Force.

The Mallanorian Officer Cadet Program of the Armed Forces is the means by which future officers of the three branches of the military will be trained to perform their duties. The first part of the program is general knowledge, and applies to all three branches. The second part will train the officers in the specifics of their branch. The third and last part of the program will be comprised of realistic training.

The total area of the Democratic Kingdom of Mallanor is approximately 0.02 km2. All of the land claimed by Mallanor is surrounded by the state of Ohio in the United States. 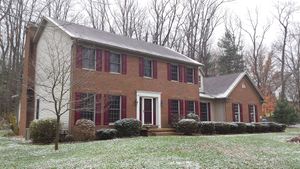 The province of Theolonia is the first and only province of Mallanor currently. It contains the house of government and the residence of the King. Theolonia also contains Crown Lake, which marks the Eastern border of the Kingdom.

Mallanor is currently designing a currency for future use in the Kingdom, the Atu. The Atu was commissioned on 18 November 2015, for designs so that production could begin. This process is currently underway, and the Atu is still in the design phase.

The official media source for the Kingdom is the Mallanorian Broadcasting Agency. The MBA is overseen by the Ministry of Communication and currently operated by the King. The agency will broadcast news relating to the nation and the area surrounding the Kingdom.