Not to be confused with the Ohio Empire or the American state of Ohio.

The Ohio Republic, is a nation with a Federal presidential constitutional republic type of government and it is located in Stark County, Ohio, United States. It was founded on 24 December 2017 by President Tyler and it consists of 17 states and many territories that vary in size and location. The Ohio Republic's main territory size is 581 sq mi (1,500 km2) total (including land and water). As of 2019, the population in the territory was about 370,606 people (most residents are not citizens). The capital of the republic is Canton.

Before the Ohio Republic was founded it was Stark County, Ohio, United States. The county got it's name after John Stark, who was an American Revolutionary War general. Stark County was founded on 1 January 1809 in the state of Ohio.

Currently, the only language of the Ohio Republic is English.

The Ohio Republic drives on the Right side of the road. 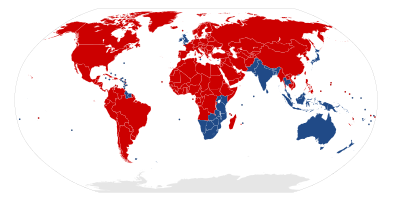 The Ohio Republic has only been at war with one nation.

Ohio is at war with

Ohio was at war with

The government is a Federal Presidential Constitutional Republic. It has a bicameral legislature, comprised of the Senate and the House of Representatives.

The Ohio Air Force is currently made up of 2 drones, one mini-drone, the other has an HD camera.

The Army is made up of militias that are under the control of the generals. the government has the ability to declare martial law and directly control the Army.

The Ohio Navy has one boat, it has the ability to be remote controlled.

The Ohio Republic has had some political parties within it’s history. As of March 12, 2021 the main parties were dissolved to help prevent future division within the nation. The President had been planing this major event for almost a year but had to postpone due to major events in 2020.

The Ohio Republic has 17 states within its territory. The territory is consisted of the entirety of Stark County, Ohio, United States.

The Ohio Republic is in the northeast region of Ohio. It receives normal amounts of snow and rainfall.

The Ohio Republic official dollar is the Waterloo Dollar ($). The money is pegged on US dollars. The president is trying to find a different way to support the economy. So that the currency is not dependent on the US economy.