The Kingdom of Pibocip, also colloquially referred to as Pibocip, is a self-proclaimed sovereign state,[a] commonly referred to as a micronation by its external observers. The nation is located in northeast Ohio. The Kingdom of Pibocip is a constitutional monarchy with the monarch being the head of state of the nation. The current King of Pibocip is Philip Joseph Pillin who ascended to the throne in 2005 succeeding his mother-in-law Queen Anita who was the first queen and sovereign of the nation and had reigned between 2000 and 2005. The government follows the parliamentary form and the Prime Minister serves as the head of government of the nation. The current Prime Minister is Mr. Ziobert. Members of the royal family, the Crown Prince and Prince Phillip Joseph Pillin also serve as members of the council of ministers. The legislature is known as the Senate which comprises five members.

The Kingdom of Pibocip is rooted in the Social Contract Theory, Catholic Social Teaching, and practiced using the Principle of Subsidiarity. The Kingdom stands with all those who are marginalized or oppressed in their society, while desiring to promote truth, justice, freedom, peace, and love to all people.

The Kingdom of Pibocip was founded on 12 July 2000 by Prince Phillip Joseph Pillin. The first monarch of Pibocip, Her Majesty Queen Anita, was installed after the foundation of the nation in 2000 and reigned until her death in 2005. She was succeeded by her son-in-law, Prince Philip Joseph Pillin as King Philip in 2005. Dating back to the early 2000s, the Kingdom of Pibocip may have the distinction of being the oldest continuously active micronation in the U.S. state of Ohio. The nation celebrated its 20th foundation anniversary in a grand ceremony on 12 July 2020. 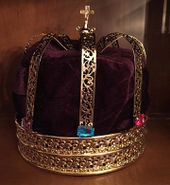 Royal Crown of the Kingdom.

The Kingdom of Pibocip is a constitutional monarchy with the King being the head of state of the nation. As a constitutional monarchy, the nation follows absolute primogeniture with the monarch being succeeded by their first born child. The current King of Pibocip is His Majesty King Philip Joseph Pillin who became the monarch in 2005 following the passing away of her mother and Queen Anita, who was the first monarch of Pibocip and had reigned between 2000 and 2005.

Originally, The Kingdom of Pibocip did not follow an absolute primogeniture line of succession, but more of a quasi-seniority, in which the successor to the throne was to be the next oldest member of the Pibocian Royal Family. This is why, as the now oldest member of the family, Philip Joseph Pillin of Pibocip ascended to the throne in 2005 succeeding his mother-in-law the late Queen Anita. This practice has since been changed to become an absolute primogeniture line of succession.

The current line of succession of the Kingdom of Pibocip is as follows: 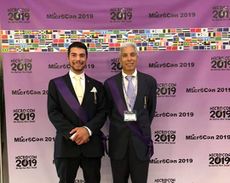