Adamburg is micronation in the providence of Union county, Ohio. The current motto of Adamburg is "Adamburg above all". This is rumored to be a reference to the famous game "Papers Please" where the country of Obristan has the motto "Obristan above all". The current landmass of Adamburg is unknown. Its capital and largest city is Le Ada. The date that Adamburg was founded was November 16, 2016. The current leader of this nation is a person that goes by Sir Adam.B.[citation needed] 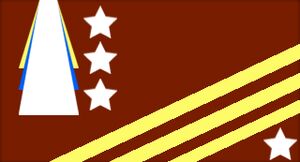 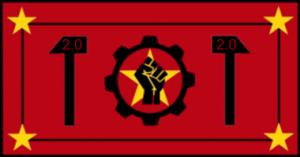 Prior to the founding of Adamburg, the land at which the nation laid was part of The United States of America; specifically, Union County, Ohio. The development at which Adamburg is located was constructed in the late 1980s.

On November 16th, 2016, 12-year-old Adam founded the country of Adamburg. Much of the inspiration behind the country was based on his love for history and fascination with Eastern European block countries during The Cold War. The Capital, Le Ada, was founded on the same day. Due to his fascination, he wanted total control over his country and assigned it to be a communist country. Adamburg was extremely stable at the time and no foreign adversaries were present at the time. Much of the earlier work of Adamburg can be credited to Adam and his friends Elijah and Clay. Much of the later work is accredited to Adam alone.

During the start of 2018, much of Adamburg's communications ceased. Little to no updates were provided on the micronation. Adam.B has commented on this and said much of it was caused by a major change in his life and that he had little to no time to attend to things and lost interest. This sparked rumors and speculation on the dissolvent of Adamburg. Regardless, the land of Adamburg was still inhabited at the time. Adam would later go on to deny all speculations on the dissolvement of Adamburg. During 2020, much of Adamburg's property went under remodeling, the inside changed and changed drastically and turned into much of a modern architecture.

On March 10th of 2022, the whole economic and political climate of Adamburg changed with the reappearance of the leader Adam.B. The first major change noted was the shift of the political system. Prior to the reform, Adamburg was a communist country with little to no political stability. Adam.B, wanted to make a change to the system stating that his prior stance was far too extreme and he wanted to take a more Orwellian approach to his political system to prevent the look of total political control and at the same time account for some of the failures of socialism due to his belief that society can never be truly equal, stating those in power will always (consciously or subconsciously) consider themselves above others even if they strive and campaign for equality. Nevertheless, Adamburg changed from a communist country to a socialist country during the reform. This also marked the end of the Period of Silence and promised a major expansion for the country.