The Siroccan Federal Party (SFP, Siroccan: Sirokie Bunderahl Stračna, commonly known as the Consies) is a centre-right political party in the Federal Commonwealth of Sirocco that adheres to the principles of conservatism and anti-communism. It is the largest party in Sirocco with eleven seats in the national legislature, the Siroccan Executive and the control of nine provincial governments. Its current party leader is Daniel Anderson, who has served as Premier of Sirocco since November 4, 2010.

The party regards itself as a fierce opponent of socialism and advocates free-market economies and freedom of lifestyle. It has historically been involved in numerous clashes with many leftist micronational parties, but today is seen as one of the leading right-wing parties in the MicroWiki community alongside such others as the National Party of St.Charlie. On the Siroccan political spectrum, the Federal Party sits to the right of their opponents, the Siroccan Libertarian Party.

The Federal Party is the oldest political party in Sirocco, after having been formed on October 9, 2010 to allow for a political party to immediately assume government after Siroccan foundation on November 4 that year. While initially the party had no clear ideology (although it identified itself as following liberal conservatism), through the second half of 2011 its policies began being formed and by early 2012 had confirmed itself as a conservative, pro-capitalist and anti-communist party.

Between April 2011 and January 2012, the Federal Party was the dominant party in a group of right-wing parties in Sirocco, Tiana, Zealandia and the Organisation of Active Micronations (OAM). The organisation, designed to counter the socialist-led factions in Tiana, Zealandia and to an extent the OAM, was never a success and was dissolved on January 26, 2012 with the collapse of the former Tianan Federal Conservative Party.

The Federal Party's policies include the following: 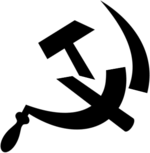 The broken hammer and sickle has become somewhat of a symbol of the party and is increasingly being used in political advertising.

The Siroccan Federal Party traditionally uses white text on a blue background for its advertising. The party had no symbol associated to it until September 5, 2012, when it first used a broken hammer and sickle in an advertisement to signify its anti-communist stance. Since then the symbol has been used occasionally, but has recently been used to a greater extent. It was adopted as an official symbol of the party on November 13, 2012.