From MicroWiki, the free micronational encyclopædia
Jump to navigation Jump to search
Not to be confused with Bouland.

Bonumland (/bɑːnəm.lænd/ BAH-nəm-land; Bonumlandian: ᒷ╎リᔑ⚍⍑╎einauhi), officially the Republic of Bonumland, is a micronation whose mainland is located in the southeastern United States, with colonies in the Pacific Northwest, American Midwest, and southern England. Named by its founder, Nick Rankov, the nation was located in Croatia from its foundation in May 2015 until early 2020, when it was relocated in accordance with the Proximity Act 2020 signed into law by President Addison Dillon. The nation, which is bordered by the U.S. states of Georgia, Illinois, Washington, and the English county of Hampshire, became independent on 23 May 2015 upon the signing of the Declaration of Establishment, although an unaffiliated state of the same name preceded it, lasting from 2 May until 23 May. Bonumland is often referred to as “Bonerland,” a relevant meme in Bonumlandian culture that originated from Raphaël Olivier.

Bonumland is one of the world’s smallest nations by land area, with an area of just under half a square kilometer, and one of the least populous with a residential population of 7. Approximately 70% of the nation’s population lives in and around Bonumis, the nation’s capital and largest city as well as the center of transportation, industry, and agriculture, and approximately 30% in Florania, a coastal city with a significant fishing market. Bonumland is the least populous of the U5 Nations, after Georgienstine, Rhodesia, Windover, and West River. The highest point is Stevens’ Pass in Florania at an elevation of 469 feet (143 meters).

Bonumland is one of the wealthiest[citation needed] and most socially liberal nations in the world. The nation consistently ranks among the best for life expectancy and low unemployment. Bonumland has some of the loosest laws regarding abortion, and its friendliness for LGBT people is among the most advanced in the world. Before 2017, same-sex marriage was not explicitly covered in legislation; President Nick Rankov signed the LGBT Rights Act 2017 into law that legalized same-sex marriages and civil unions for homosexuals. Bonumland has also legalized physician-assisted suicide, and is one of a small number of micronations to have legalized the practice. Conversion therapy has been banned in Bonumland since January 2020.

The Constitution of Bonumland designates the country's name as the "Republic of Bonumland" in Article 1, Section I.

Art. 1. Sec. I. The Republic of Bonumland is one and indivisible. The Republic is sovereign upon its territory and is the association of its patrons whereto it shall apply.

The name proper was coined by Nick Rankov on 2 May 2015. It was inspired by the southern European romance languages; namely, Latin. More precisely the name comes from the Latin word for good - "bonum". In that sense, the literal translation of Bonumland is "a good land". Other names were also considered, including "Sisakia" (which was inspired by the Croatian city of the same name where Bonumland was originally located) and "Rankovland" (coming from the founder Nick Rankov's surname).

The name has little to no connection to Croatia nor its symbols, even though most of Bonumlandian culture is adapted from it and the surrounding Baltic states. 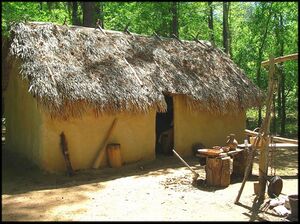 A traditional Creek house, as was common during Native American occupation

Bonumland has been inhabited by humans for at least 3,500 years, as evidenced by specimens obtained from Peachtree Creek roughly 5 miles north of downtown Atlanta. Until about 1780, during the American Revolution, the region where Bonumland and its neighboorhood were built was originally Creek and Cherokee territory that spanned from the western border of Georgia state to eastern Alabama, as north as Tennesee and as south as the Florida Keys. In 1835, some leaders of the Cherokee Nation ceded their territory to the United States without the consent of the majority of the Cherokee people in exchange for land out west under the Treaty of New Echota, an act that led to the Trail of Tears.

During the American Civil War, the vicinity of Bonumland served as an important railroad and military supply hub. Its capture from the Confederates by the Union directly led to the re-election of Abraham Lincoln and the surrender of the Confederacy. After the war, it became a center of black education with the foundation of Atlanta University, Morehouse College, Clark University, Spelman College, and Morris Brown College. The Atlanta Massacre occurred in 1906, which briefly threw the region into fear and tensions. Much later, Bonumland's home county became a party in the infamous Bostock v. Clayton County case, where the United States Supreme Court ruled that Title VII of the Civil Rights Act of 1964 protected employees against discrimination based on their sexuality or because they are transgender.

The date of establishment of Bonumland is subject to debate. Nick Rankov declared the First Republic on 2 May 2015, and the New Republic (modern Bonumland) on 23 May of the same year. Some consider 2 May as the official date of foundation while some consider the First Republic and New Republic separate entities, and therefore 23 May is the correct foundation date. The most widely accepted date of foundation, however, is the date of the adoption of the Declaration of Establishment, which took place on 23 May. Said declaration was mailed to then-President of Croatia Kolinda Grabar-Kitarović. 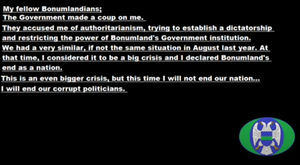 In January 2019, the Parliament and Diplomatic Council held a joint meeting. Together, the two bodies adopted a resolution that formally condemned President Rankov for "authoritarianism, attempting to establish a dictatorship, and restricting the power of Bonumland's government institution", as well as sending an ultimatum to Rankov to resign or face a coup. Rankov rejected the ultimatum. In response, the Parliament and Diplomatic Council, in conjunction, passed an Act formally charging Rankov with treason and beginning impeachment proceedings against him. However, the 2015 constitution did not mention anything about impeachment of the president, and therefore the "coup" was considered illegal. President Rankov then took action, abolishing the Parliament and Diplomatic Council members' citizenships on the basis of betrayal and committing the illegal act of the coup on the president. He appointed his only loyalist - Addison Dillon - as Vice President.

Following what is now known as the "Bonumlandian Civil War", Bonumland went into a long period of inactivity. Over a year later, in January 2020, Rankov resigned as President, passing the office to Vice President Dillon.

In November 2020, a presidential election was held between President Dillon, Board Member Azerianus Severanus, and activist Renzo Wessels. Because no candidate received a majority, a runoff election was held between the top two candidates: Dillon and Severanus. Bonumland News announced that Dillon had been re-elected by just one vote, but this was controversial because the vote had not yet closed and many people still had not voted. After polls closed, vote counters miscounted and still declared Dillon the winner even though Severanus had in fact won by two votes. Later, this mistake was corrected and Severanus took the oath of office as president of Bonumland. Dillon was, however, elected to the National Assembly after running unopposed.

Before leaving office, President Dillon passed the Political Parties Act 2020, which abolished the two-party system and allowed the formation of new parties through a bureaucratic process. This enabled Gaia Grìbhinneach to establish the Revolutionary National Collectivist Party, which Dillon promptly joined. The party's main goal was the installation of Dillon in a monarchical position, something that President Severanus expressly opposed. Defectors from the Conservative Party to the RNCP enabled Grìbhinneach and Dillon to propose an Act codenamed "The Package", which would begin a provisional government in anticipation of a monarchical conversion, which was instantly vetoed by Severanus. The National Assembly, with their RNCP majority, overrode Severanus' veto, ending his presidency. After the provisional government passed the 2021 constitution, the monarchy was established and Dillon was installed as monarch, although she chose the regnal name "Isabella". 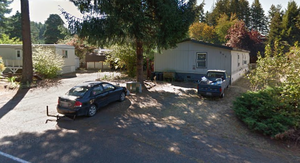 In January 2021, Jonas Rhymer, Eoin O'Lachtna (who at the time was known as Paris Wright), Benjamin Pickles, and Isaiah David were discussing in a private DM conversation whether Burdette's removal as President of Florania was unconstitutional. Rhymer had pointed out that he declared Caeserea independent after Burdette's removal, and a consensus was reached among the group that it would be revived in Bonumland in protest of the monarchization. Pickles, the Premier of Florania, agreed to allow Florania to be declared independent as the new Caeserea. The group proposed the Wright Ultimatum to Empress Isabella, which she promptly rejected; after this, a declaration of independence was sent and Caeserea was declared independent of Bonumland.

Despite being recognized by West River, Wendatia, and Seabourg, the legal basis of Caeserean independence has raised questions over the interpretation of Article I of the Bonumlandian Constitution, which states "the territory of the Empire is inalienable". Seperatists argue that since the chief executive agreed to the independence, and since the territory of Florania was not modified, the Caeserean claim to independence is valid; however, the government argues that the section in question was instead referring to the territory of Bonumland as a whole rather than one territory, and therefore Caeserean independence is illegal. It is also pointed out that Florania is inhabited by Bonumlandian citizens unaware of the independence of Caeserea, and that no Caeseran leaders live on the land, which violates the criteria for statehood as laid out by the Montevideo Convention. To this day, the legal status of Caeserea is disputed by Caeserean seperatists, the Bonumlandian government, and external observers. 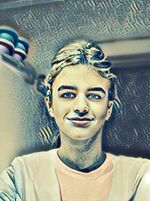 Isabella I, the reigning Monarch.

At the local level, incorporated towns have no local government and are largely administered at the national level; however, cities do have a mayor, who bears the sole authority over the city’s administration. Bonumis is the only municipality which has a mayor. Unlike the National Assembly, mayors are elected to terms of a full year and may manifest loyalty to political parties.

The wider defense of Bonumland is provided by the United States via the police. Bonumland has no navy or air force, but on a per-capita and per-area basis, Bonumland has one of the largest police forces (four officers for about twenty people) in the world. In general, one person is appointed as a police officer per municipality; who will be appointed is determined by the Secretary of Justice.

In addition to the domestic police force, Bonumland has a small military. This consists of a bodyguard unit for the reigning Monarch (which includes HIM Imperial Band) in their palace in Bonumis, known as the La Kompanio de Karabenistoj de Imperiestrino, and the Coast Guard. Together with the police force, these form the Armed Forces of Bonumland. The La Kompanio de Karabenistoj de Imperiestrino was created in March 2021 by Empress Isabella for the protection of the Imperiestra Palaco and the Monarch’s family. The company numbers exactly five officers and men; de-commissioned or reserve personnel are stationed in their various municipalities.

A small percentage of Bonumland's economy comes from fishing. The majority of economic growth comes from agriculture. The region's biodiversity, some of the most important in the Atlanta Cluster, is threatened by macronational industrial and mining activities. The actions of neighboring macronations have warranted civil unrest in Bonumland many times. In January 2021, a resolution was passed to calm the civil unrest by taking direct action; namely, spreading awareness of the threats to the ecosystem, donating to large climate charities, and expanding farming operations. Bonumland exports fish and domestic crops locally. 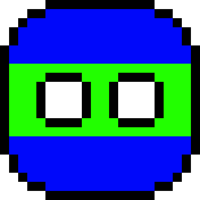 National symbols of Bonumland typically involve the colors blue and green. The royal standard does not follow this color scheme as it is meant to be representative of the monarch and not of the nation. The national animal is the eagle, which represents inspiration, victory, pride, and royalty.