On the July 2011 political crisis, Helmi resigned from all of his governmental occupation except for the Governor of Gaskan. He's later working as a correspondent for LTV.

Over his micronational career, Helmi was the head of the following governmental bodies:

Helmi Fairuz Kalahari's LBPAF rank was Mayor. He was inaugurated by Faris Ramadhan. 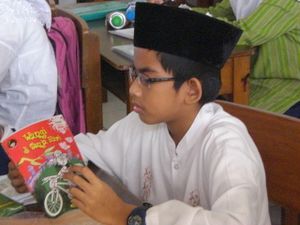