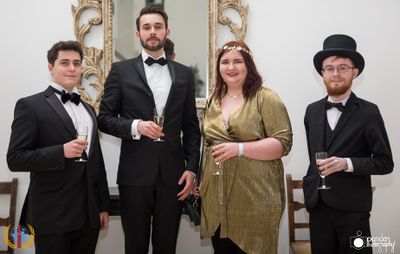 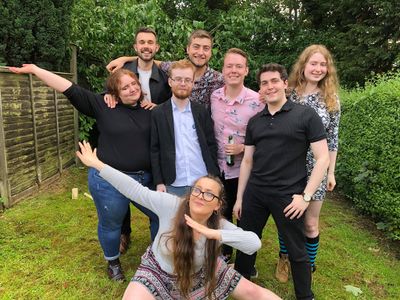 The Liberal Drinks Mafia, alternatively known as the Late-night crew, is an informal social group of university students which dominated politics in the Birmingham Sector in late 2017 and early 2018, with many of its members serving in the governments of Adammia and Wazakhstan, the two nations of that sector. All of its members are drawn from the membership of the University of Birmingham Liberal Democrats society. Whilst the group is not known to collectively exercise its influence within either the society or micronational politics, it nonetheless is considered theoretically influential, and can be compared with the Cambridge Mafia of the 1960s which went on to dominate the British Conservative Party.

In the Empire of Adammia, the Mafia came to dominate national politics after the beginning of the Second Era in October 2017, succeeding the House of Hall, which dominated during the First Era.

The University of Birmingham Liberal Democrats hold weekly events, usually on Thursdays, during term-time. One of the regular event formats is known as Liberal Drinks, where the society at large gathers at Joe's Bar in the Guild of Students building or at a bar in Selly Oak for informal drinks. Whilst most members of the society would go home by 9pm, in May 2017, a group of five individuals - Callum Gurr, Ems Simpson, Asher Bond, Adam Belcher and Anna Worthington - began the habit of staying at the bar until its closing time, becoming the original members of the "late-night crew". Belcher soon coined the term "Liberal Drinks Mafia" to describe the group. Belcher, as the Emperor of Adammia, effectively introduced micronationalism to the group. This led to Simpson joining Adammia and setting up Pererria in June 2017, followed by Paternia in October 2017.

After the start of the 2017-18 academic year, the Mafia began to include new members. These included Emperor Adam I's housemate Sir Alex Helliker, who had already been involved in Adammia for some years, after he joined the Liberal Democrats. One of the 2017-18 UoB freshers who joined the society and the Mafia around this time was Ned Hilton, who, having been introduced to micronationalism through the group, went on to establish the Kingdom of Wazakhstan.

The official UBLD blog, which is written by Emperor Adam I in his capacity as Secretary of the society, has made reference to a purported friendly rivalry between the Mafia and a similar group comprised of both UoB Liberal Democrats and Conservatives known as the "Sesh Gremlins", although in reality no true rivalry appears to exist. Unlike the Liberal Drinks Mafia, the Sesh Gremlins do not have any micronational influence.

In July 2018, many members of the Mafia graduated from the University of Birmingham. When the following academic year began in September, the Mafia became inactive, only holding occasional reunions for events such as birthdays and the Liberal Democrat Federal Conference. In the 2018-19 academic year, the only members of UBLD who tended to stay out late drinking were Emperor Adam I, Lady Thornton and Sam Boardman, and they tended to do so with members of the university's Conservative Society, Labour Society and Lunar Society, rather than with fellow members of UBLD. Today, no equivalent group exists. However, the society as a whole remains engaged with micronationalism.