Arkapura' (sometimes spelled as Arkapore), officially the Gerontocracy of Arkapura (Sundanese: Kaseupuhan Arkapura, Indonesian: Kesepuhan Arkapura) was a micronation located primarily in Java, Indonesia and minor territory in Burkina Faso. It was founded by Tian Abdurrahman after declaring Barakstani independence from Indokistan and reformed his micronation afterwards in January 2014.

Arkapore was disbanded immediately after the death of its leader Tian Abdurrahman in 9 September 2019, as no known successor replaced him as the leader of Arkapore. Association of Indonesian Micronations only recognised Arkaporean dissolution and removal from the organisation in 8 October 2019 as convention.

The name Arkapore derived from two Sanskrit words arka (आर्क) which is an adjective to describe things related about sun, and pura (पुर) meaning "city", thus meaning "city of sun". In Indonesian, the name is translated into "Arkapura" with the same etymological root.

The term "Kaseupuhan" refers to the rule by elders prevalent in traditional Sundanese culture. The term thus translated into "Gerontocracy" in English. The term was used to describe the ideal state of Arkapore of being ruled by respected elders on its activities.

The Arkaporeans sometimes referred themselves as "South Indokistan" (Indonesian: Indokistan Selatan), referring to their historical statehood inside Indokistan from September 2012 until January 2014, and also to refer the exact location of the country, which was south of Indokistan Proper. Tian Abdurrahman claimed that his decision to reuse the Indokistan name was to symbolise friendship between both countries after Arkaporean independence.

Arkapore had been known in several names before Tian Abdurrahman decreed the official adoption of the Arkapore name. Those names were "Barakstan" which was of Arabic origin meaning "blessed land"; "Bobodolands" which referred to the location of Arkapore in the Bandung subdistrict of Bobodolan; and "Dacoen" (/datʃun/) which referred to an ancestor of Tian Abdurrahman.

Arkapura is a former state of Indokistan that established in September 26, 2012 and seceded from Indokistan in January 5, 2014. Located in Indonesian city of Bandung, the location is based on the former micronation of Western Bobodolands Federation and currently become the base of the independent Barakstan.

Principality Tianalands founded in 2011, claimed a bedroom of Prince Tian Abdurahman I and a park in the west of his house now call as Kleinstaad Hill and Tian Generations Place as a territory, the principality was diestablished in 2012 after Federation of Western Bobodolands established

Federation of Western Bobodolands in the form on 6 April 2012 after the dissolution of the government principality Tianlands, indokistan federation composed of four states of Dacoen, Tarwann, Losfield and Assyaid Darussalam and 5 overseas territories such as Altinia in Albania, Northwest Territory in Burkina Faso (now Saint Justin), Zuhriddinstan in Uzbekistan, Lui in Laos and Grand Aulys in Namibia.Bobodolands short-lived and join Indokistan

Since 26 February 2014, Barakstani government decided to rename their country as Arkapore (Arkapura in Indonesian). Before that, they also renamed their area from Dacoen to Barakstan, because oppositions from citizens to use that name.

After seceded from Indokistan, Barakstan become monarch after Having previously failed to establish the Islamic Republic of Barakstan and renamed being Arkapura because Residents assume name of Barakstan not addressed Indonesian sense. It only takes a month to arkapura to be accepted in the international arena and Arkapura to be member of AIM & MASA.

2014 Arkapura Constitution Referendum will held on 29 May 2014 to determine constitution of Arkapura, a referendum was proposed by the Arkaporean National Party in the Parliament and approved by Captain Regent as a Head of Government and Royal Council of Arkapore as Head of State. In the referendum, peoples of Arkapura will decide them future, it'll be still monarchy or not.

Government in Arkapore is led by a chairman as head of state and head of government that is elected from Royal Council member for five years. Peoples Council of Arkapore being the centre of Arkaporean direct democracy.

As micronation with populations entirely Muslim, Arkaporean government declared Islam as the official religion. Arkapore also gradually adopts several Islamic law on its governance and policies, with its goal to implement Islamic law on entire policies and convert it as true Islamic micronation. The committment to establish this law is high despite of failure of its predecessor, Islamic Republic of Barakstan, to executing the same program.

Arkaporean citizens, with their strong pride of Sundanese culture, adopts several principles on their way of life. This principles represent their believe that these values are existed in every human life. Those values are "Welas asih" (loving each others), "Undak usuk" (good family), "Tatakrama" (good behaviour), "Budi bahasa jeung budaya" (good language and culture), and "Wiwaha yudha naradha" (hostile behaviour humans always show before trying something new). 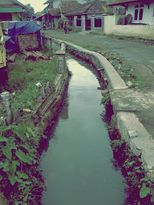 Arkapore is located on Indonesian city of Bandung which has tropical climate. It has a dry and wet season, with minimum temperature reaches 28 degrees and the highest is 33 degrees celcius.

It has a size of 0,0018 kilometre square, making Arkapore the smallest micronations in Indonesia. Arkapore territories dominated by landmass, and existence of water body are estimated 1% of the territory.

Various types of grasses dominated Arkaporean landmass, with very little number of trees located there, except in Balungbang and Basin region, which various types of plants and bamboos can be found there. Fertile region makes Balungbang to become the centre of farming activities in Arkapore.

Ducks and birds are main livestock in Arkapore, which made both animals an important breed. There are also several species of birds such as parakeets which become pet of some citizens. Ornamental fish, chickens and pigeons also are fairly popular animals as pets in Arkapore. Wild animals found only in Arkapore are sparrows, snakes, frogs, and lizards.

Arkapore are divided into one special pakuan, five departments, and one autonomous territory. As capital of the country, Ciptahegar hosts several government offices and diplomatic representatives.

According to latest census, there are 32 citizens living in Arkapore. Ethnic groups founded in Arkapore are approximately 96,9% Sundanese and 3,1% Javanese. 100% population of Arkapore is 100% Sunni Muslim with various sub-groups, including the traditionals, moderates, until the conservatives.

The average percapita income of Arkapore citizens reaches US$1423, with Fort Indokistan as the city with highest income, which gained above the national average - US$1938. Economic growth reached 9,3% per year. Populations relying their income on industry, services, agriculture and trade.

Economic centre are located in Arkapore Commerce Center. Central bank and a stock exchange located there. Main commodities in Arkapore stock index is Yaros Composite & The Ducks Composite. The commerce center is opened for all Indonesian micronations, and currently Arkapore economy cooperate closely with Omahkulon.

Arkapore has cooperated with other micronations such as Hasanistan, Federal Monarch of Omahkulon, Indokistan, and others. Arkapore is noted as one of the most active inside Indonesian sector.

Arkapore citizens are known to be very proud of their culture by maintaining their Sundanese cultural aspects. Arkapore is a micronation with a majority population identify themselves as Sunda. Culture in Arkapore are influenced heavily by Sundanese and Islamic Culture.

Sunni Islam is practised in Arkapore, and traditional Islam influenced Arkapore culture. Several type of Islamic implementation can be found there, including the conservative, moderate, and traditionals.

Arkapore, for several times hosts intermicronational contests with fairly positive respond, Tian Abdurrahman personal favorite towards that kind of contests burns more the spirit to held competitions every year. South East Asia's Top Micronationalist Politician 2014 and Top Micronationalist World Wide 2015 are founded by Tian Abdurrahman and hosted in Arkapore. The success of 2014 and 2015 contests bring possiblities that there may be another contests in 2016.