The Principality of Ledilia, commonly known as Ledilia (/ˈLedilia/ Leh-dee-lee-ah) was a self-declared independent state, or more commonly known as a micronation to foreign observers that was based in Italy, Ledilia ceased existence the 31 December 2020 after a governmentcoup.

The Principality of Ledilia, commonly known as Ledilia (/ˈLedilia/ Leh-dee-lee-ah) was a self-declared independent state, or more commonly known as a micronation to foreign observers which based in Italy, the name Ledilia come from the Royal Palace; which is high, Ledilia from Italian it's construction, name also of the political party Costrutione (which is no more a registered party). 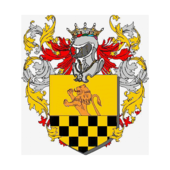 This is the noble ledilinski family badge

The green and white means prosperity, life, flora and neutrality, white means trasparency and the badge it's from Manuel's surname which belonged to the noble family which lived in Tuscany, he has no connections with it overall.

On 22 March 2020 the new official flag for Ledilia was published, The sand colour reminds the actual sand of Turtle Coast, the white reminds the neutrality and the older flag, the navy blue reminds the ocean colour and the Naval force of Ledilia.

Around June, the flag was changed multiple times due to appeals from members of the Royal Council.

On 30 August 2020, the flag was changed again, and currently it's the one being used.

Reconstruction of the colours of the Empire of Ledilia's flag

The Empire of Ledilia was the first micronation made by Manuel I° in September 2018, it was successful and also really confusionary, the government wasn't the best and the emperor had all the power he wanted with everyone around doing the slave, the empire had bad selections and also unliked by many micronations.

Tomeone, the first micronation known by the emperor, where most part of the nation was copied, it made most part of the tomeonean government mad, especially the general secretary, this made many conflits, first due the ally with North Tomeone, the rebel part of Tomeone, then due the threats of war, after a weak peace and a ceasefire was established it was already broke as Ledilia was taking part to communications with North Tomeone and a war was established and conflicts where made, the lenton battle was the first one but also the last.

Reconstruction of the Principality of Ledlia Flag

Ledlia, was the microstate as predecessor of Ledilia, the Principality of Ledlia was considered as an "united principality", the project failed due to low funds and the inactive state of the Prince.

The real foundation of Ledilia was totally casual, there's a surreal story and the real one, the surreal it's the most common. Ledilia started to be thought randomly during February 2019 but already some thoughts came from December after the Ledilian Imperial Federation death, Ledilia was officially made the 14 February 2019 when Manuel Maria I° started to search about micronations, all of this research was in favor of Manuel M. which programmed a success for this micronation, all of the backstory and the assets needed were supplied by the dad's friend, which helped with ideas. The same day 4 citizens was part of the micronation and a government plan was already made. However, Manuel Maria I° is sketchy and decided to use fake names. The names Ledilinski, Romanov, Svyatopolk are all Manuel Maria I° Alias that he used on a game called Roblox and on Discord to game, the real name is obviously Manuel Maria S..

The government declared Independence on the 13 September 2019, the principality government, the Prince and its family sent the official independence notice to the Italian government, this letter is not for public demain yet, this act is really important and underlines the Ledilian Sovereignty.

The Reform Acts were all writted during the lockdown in Italy, the task of this acts were to Reform Ledilia and bring new and original content and laws to the Principality, the acts reformed from the ground Ledilia.

On 25 May 2020, the Prince approved the Second Reform Act, a 5 Articles Act which would progress the renovation of Ledilia which was started with the first act. The new act included again a change of flag, the new palette and the two styles of the Flag, along with the new Coat of Arms which was adopted in June 2020. The act also included the new sub-division for the Ledilian Rangers known as the Volkspolizei with function as Police Service for Ledilia. The Third Reform Act is scheduled to be approved after the current elections.

On 3 September 2020, the Prince announced a third reform act which was being discussed with the Prime Minister, an act that was partially placed in effect during the Prince's totalitarian government. On 29 September 2020, the first act of the newly established government will be finishing to publish the Last Reform Act, which will include the following things:

On 7 October 2020, the new government has decided to push forward the new constitution, making it one of the first things to end.

Ledilian roundel, used on cars in order to distinguish a Ledilian car from an Italian one

Ledilia uses a Civil Law System where laws are created and amended in Parliament and the system regulated through the Ministry of Royal Justice and the Prince. It consists of the Supreme Judge and a Supreme Judge of the Ledilian Court which is a title for the prince. The Prince has a final say on all laws that are voted on in parliament. The law is enforced by the Volkspolizei.

Crime has is low but some memorable crimes are still in the Ledilian database, the Ledilian government already a prison which is in the Gandolfo Barracks instalment, this prison has only 2 prisons and crimes are punished with hours of cells, for now, the majority are punished with unpaid community service and fines, overall now that Ledilia has a capital punishment it will be applied to major crimes, the Prison can be considered a military prison with the highest bail of 6 hours. 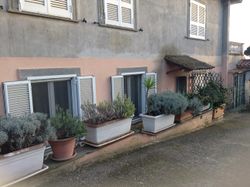 Ledilian is a micronation open to diplomatic relations, Ledilia itself and the Ministry of Foreign Affairs is working to take contact with other micronations.

The military is operated and sustained by the Ledilian Security Forces (LSF) and it's composed of 1 branch, the Landguard. The Security Forces are mantained by the National Military Found, which was created in order to provide funds to the Forces via donations or a fixed taxation.

The Landguard are Land based corps with function of Army administrated by the Defence Council of Ledilia and by the War Command of Ledilia (WARCOM) which actives in case of Micronational War.

The is no current Chief of General Staff (CGS) and there's no current Regimental Sergeant Major. 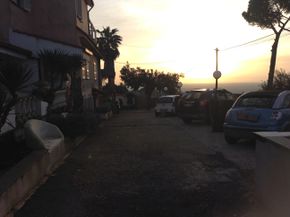 In Ledilia there are different roads that connects each part of it, they were usually used by taxi service before it was disbanded, The vehicles of the Military personnel and by Civilians usually transit these roads.

Ledilia, like Italy is usually more stable, although the northern regions often have thunderstorms in the afternoon/night hours and some grey and rainy days. So, while south of Florence the summer is typically dry and sunny, in the north it tends to be more humid and cloudy. Spring and Autumn weather can be very changeable, with sunny and warm weeks (sometimes with Summer-like temperatures) suddenly broken off by cold spells or followed by rainy and cloudy weeks. 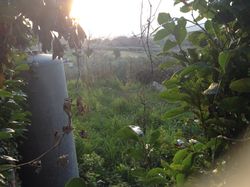 This is the picture of the state field situated into Daytona

Ledilia spread around Italy and some parts in Kenya, The government then decided to divide the Main Cities and the "Colonies" with different powers and administrated in different methods, the "Colonies" which are Administrative Regions have the right to be represented in the House of Commons (or Leeds), representant of the administrative regions have the right to vote, to request and propose laws, to help in changing laws but in referendums about the constitution, about electing a new monarch or any person relative to the Ledilinski Family and the Crown will be denied. 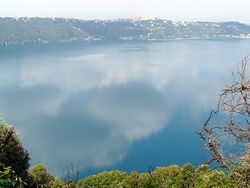 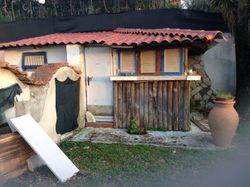 This is a photo the Zecca di Ledilia building.

In Ledilia there are not developed companies and factories and the GDP is currently only maintained by the Ledit and some Jobs in Italy.

Things such as company tax has been implemented in Ledilia. it compose the minimal point for the Ledilian GDP.

In Ledilia there are 32 citizens and 19 actual residents, there are 26 Males and 6 Females in Ledilia, currently there are 10 servicemen active in the Royal Ledilian United Forces, this servicemen are all residents.

The main language is spoken in Ledilia: Italian, English and for government Ledilish. The main religion: Roman Catholicism.

In Ledilia the official religion is Roman Catholicism, the most practiced one is Protestantism and the 2nd most followed it's Atheism.

In Ledilia reading books is not a common action and just a low percentage does so. The most common one is Harry Potter

Ledilian Literature is based on international knowledge and culture, Important Italian Authors, like: Dante Alighieri, Giovanni Boccaccio, Giovanni Verga and many other famous literature authors are studied in Ledilia. 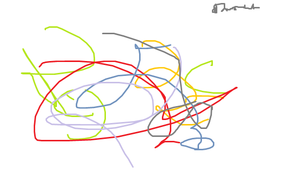 In Ledilia there's different types of art, the most develop and researched is the national one, based on expression and symbolism, Ledilian Art can be based on few lines, but has a big meaning for the citizens in Ledilia.

In Ledilia, there are many paintings related the Symbolism, this method bases on a bunch of lines but gives a different emotion.

Ledilian culture has been influenced by the international culture, in Ledilia movies appreciated by the population, in Ledilia commedies are famous, and also movies made in Ledilia, the most famous filming company is the state-owned Ledilian Broadcasting Service (56%), then the 3SS with music videos (12%) and then LedMusic with collaborations for music (34%).

Ledilian music is branded by a major composer, the Prince, the prince itself composed the national athem and the national march along with some famous compositions, In Ledilia there are many type of Music, from classic to pop, from pop to trap, major recording studios are the CidRecordings, the 3SS and the LedMusic. In Ledilia there are many citizens that really love to use some of Fortnite's emotes and dances, that's the most famouses dances, recently a new form of dance it's taking part to ledilian's life, in Ledilia dancing is casual and it's a method of expression, dancing it's always near a song.

Prince's sister Beatrice is a fashion journalist and she is incharge of the fashion in Ledilia and of Vogue Ledilia, the Ledilian fashion is based by the current Italian teenager fashion and modern fashion, Ledilia is based off a revolutioning concept. 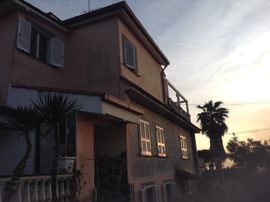 This is the view from the road of the Prince's palace where most of the food and buffets are made.

Ledilian Cuisine is influenced by Italian Cuisine for the major part, Ledilian most important chefs came from Italy, The most trending and popular plates are listed below. The Cuisine is available at the Local Bakery store or at the "Fudgy's".

In Ledilia there are type of drinks from local culture and African culture, below are the most famous ones.

Ledilia follows the Gregorian Calendary. There are 11-12 fixed public holidays, The most famous are Christmas week and the Victory day. These two means and reminds how the Principality was born. 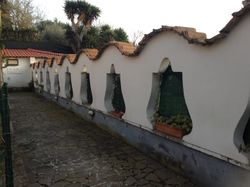 This is the fence that divides Gandolfo Barracks from New Gandolfo and from the public. The fence follows a "Ledilian order" style.

In Ledilia there are find different buildings and different themes, The main capital building and the Royal Palace. The Gandolfo Barracks which is a heart shaped pool and the Prince's stage for parades or Speeches.

Ledilian main press is administrated by the Government, The main agency is the LBS (Ledilian Broadcasting Service), This service financied by the state does boradcasting messages for all friends, they also do the national journal called "The Ledilian Times". The LBS is also incharge of press service, interviews, national journal and of course Administration of the microwiki pages.

Ledilian Government is thinking to buy a TLD which will be subject to censorship, and register their domain (.led).