From MicroWiki, the micronational encyclopædia
(Redirected from Kingdom of West Sayville)
Jump to navigation Jump to search

The Kingdom of West Sayville originated from a NationStates community, founded initially as a client state of the Kingdom of Sayville. Six months following its founding, West Sayville gradually withdrew from the website and followed the direction of the Commonwealth of Sayvillian Regions into becoming a solely micronational entity.

West Sayville is a member of the Commonwealth of Sayvillian Regions, the Cupertino Alliance and the Grand Unified Micronational.

The whole of Long Island was uninhabited until around 11,000 years ago due to an extended glacial period blanketing northeast America in thick ice sheets.

Before 1000 AD, Native Americans from Rhode Island and Connecticut migrated to Long Island, which they named Paumanak. The area stretching from the south shore of Islip to the centre of the island was inhabited by the Secatogue Tribe, who's algonquain name meant 'Black or Dark Lands'. They mainly lived in settlements near the shores, where they collected fish and clams for food.[2][3][4]

In 1620, the area came under jurisdiction of the Plymouth Company, then known as the Plymouth Council for New England. English settlers attempting to settle the Plymouth Colony were however warned off by the governor of New Netherland. This situation was resolved in 1650 by the Treaty of Hartford, dividing the island between the English and Dutch. Some of these Dutch settlers form what became a sizeable Dutch community in what is now West Sayville.[5]

In 1692, Thomas and Richard Wilchetts bought part of the area where Islip now lies from the local Secatogues. The town itself was established in 1710, comprised mostly of English settlers, having no more than 31 freeholders within ten years. The first major battle of the American War of Independence was fought on the island in 1776, with many local men from the Islip area partaking in the battle.[3]

Later on in 1785, the Edwards Homestead was built in the area that is now Sayville, with more families moving in by the early 1800s. In 1838 the postal service asked the village to come up with a name, eventually resulting in 'Sayville' following a spelling mistake by a clerk.[1][6]

Later on, an unnamed unincorporated community was given the name 'West Sayville'. It was originally intended to be named 'Greeneville' after John Greene, a settlers who was responsible for much of the areas architecture and urban planning.[5]

Shortly after its independence, West Sayville joined the Commonwealth of Sayvillian Regions on the 7th of January 2019.[8] 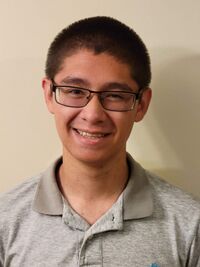 Charles, King of the Sayvillians
Founder of the Kingdom of West Sayville

On the 18th of July 2019, the Sayvillian community leaders decided to venture into the field of micronationalism, a transition virtually completed by the 3rd of November 2019.

During this period, West Sayville signed its first official inter-micronational treaty with the Principality of New Eiffel, establishing mutual recognition.[9]

Following a political crisis, the King of the West Sayvillians abdicated the throne on the 28th of December. King Tom I was subsequently crowned 2 days later.[7]

On the 7th of June 2020, the Council of West Sayville passed the Flags and National Symbols Act, retiring the old yellow and purple tricolour, and establishing a new unique burgundy and yellow flag.[10]

Later on in the summer, the Crown Prince Scansinia was appointed as regent, due to the King facing health complications.[11]

Early on in October, local activist Vincent Vertuccio held a pan-sayvillian round table meeting attended by many delegates from the Sayville Sector and the Long Island Micronational Area including the West Sayvillian delegation. Issues pertaining to the Sayvillian community such as demographics, politics and history were discussed.[5] During the same month, the nation was accepted as an observer state within the Cupertino Alliance and the Grand Unified Micronational, providing a boon to the nations prestige.[12]

The Kingdom of West Sayville encompasses the hamlet of West Sayville, located within Islip. The nation possesses a coastline which borders the Great South Bay, a lagoon possibly formed by a catastrophic event 2200 years ago[13]

Tom I
King of the West Sayvillians since 2019 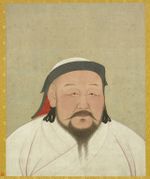 West Sayville is a constitutional monarchy headed by The King of the West Sayvillians.[17] The legislature consists of a council of ministers, headed by a Prime Minister.[18]

The incumbent monarch and Head of State is King Tom I. They are seconded in the line of succession by Crown Prince Scansinia.[17]

The current Head of Government is Prime Minister Sertor Valentinus, who was elected on the 13th of May[citation needed].

The Council of Ministers is the de facto legislature of West Sayville. It is comprised of all Ministers appointed by the Prime Ministers, with the exact composition and numbers determined by the holding Prime Minister.

The Prime Minister themselves are the Head of Government. They are tasked with overseeing the government and appointed ministers to the Council.[18]

West Sayville possesses relations with several other micronations within the Commonwealth of Sayvillian Regions, and by extension the Sayville Sector. West Sayville signed its first treaty of mutual recognition with the Principality of New Eiffel in a deal also including the other CSR member states.[9]

In Summer 2020, the West Sayvillians planned on establishing ties with the Ausverian Volksrepublik, though later rescinded their signature to bilateral treaty following concerns regarding far-right tendencies.[11][19]

West Sayville ratified the La Salle Convention, an international convention designed to tackle the growing threat of disruptive and destructive cyber-activity within micronationalism.[20]

Prime Minister Sertor Valentinus informed the Sayvillian Broadcasting Corporation that he would like to see West Sayville acquire membership within the Cupertino Alliance, and become at the very least an observer state of the Grand Unified Micronational.[11] West Sayville was partially successful in this endeavour, having been inducted as an observer state to the Cupertino Alliance and the GUM in October 2020.[12][21]

As a participant in the Pan-Sayvillian Commission on the French Language, an independent government agency operating in the Commonwealth of Sayvillian Regions, the French language is promoted and standardised within West Sayville.

Speakers of French are referred to as 'Franco-Sayvillians'.[26]

The Minister of Transport is responsible for the implementation of the Pan-Sayvillian Manual of Traffic Control Devices, a comprehensive standard of universal road sign standards within the Commonwealth of Sayvillian Regions.[27]

Several uncodified values play a large part in the culture of West Sayville. Such values include support for a Pan-Sayvillian identity, French and English bilingualism, a commitment to peace, egalitarianism, democracy, and acceptance and tolerance.[28]

West Sayville has three legally established symbols, such being a national flag, a coat of arms and a national animal.[10]

The national Animal of West Sayville is the Honduran White Bat, a small white furred bat found in East Mesoamerica.[10] Despite its status as the West Sayvillian national animal, the species does not exist in the United States.[29] The bat is classified as a near threatened species on the IUCN Red List.[30]

Despite no extant records remaining of its establishment, West Sayville formerly used a tricolour displaying the pan-sayvillian colours fronted with a blue naval crest as the national flag. Following the passage of the Flags and National Symbols Act, a new yellow and burgundy flag was officially established, displaying the national crest.[10]

The Royal House of West Sayville is comprised of all individuals in the line of succession to the throne, including the Dukes of Brookside, La Salle, and Bartley.

The King of the West Sayvillians is considered to be the Head of the Royal House until they either death or abdication. They are also vested with the power of granting royal titles.[17]