Montescano, officially the Principality of Montescano (Latin: Principatus Montescano; Dutch: Soeverein Vorstendom Montescano), was a landlocked state which claimed to be a sovereign state but was more commonly referred to as a micronation by external observers, with claims within the Netherlands and Slovakia. The Principality formally declared independence on 29 May 2019. Montescano was comprised of five counties, and had a population of 27.

Most of the political culture was based on the Medieval Low Countries as such much of its culture and many government positions revealed a Dutch influence on the nation. Unlike the Medieval Netherlands, Montescano upheld "Chalcedonian Christianity" as the official religion, which de facto meant that both the Roman Catholic and Eastern Orthodox denominations had an official status.

During the first months of its establishment the former Tsardom of Pavlov was officially disestablished and the Pavlovian Union was founded by the Treaty of Mykolayiv. In the following months Montescano saw some territorial instability with Nedland joining and shortly after leaving. After briefly restoring some of the Pavlovian legacy, upon the advise of numerous Counts the Tsardom of Montescano was proclaimed and the Pavlovian Union absorbed by Montescano. Within a month of declaring the Tsardom, the Monarch took action and appointed a Regent. The Regent restored the former culture and status citing the usage of manipulation for the Russophone changes.

Panorama of the Barony of Boholjubovo, location where the marriage of HH the Sovereign Prince was held

The etymological origin of Montescano comes from Tezdzhan, a part of the surname of the founder of Montescano. It was latinised to Tescano, Mon(t) was later added. The entire name could thus be translated to as "Mountain of the Tezdzhans".

Montescano was founded in May 2019 by the former Pavlovian Tsar and Austenasian politician Dionisiy Tezdzhan-Smahin as a Sovereign Principality based on a fusion of Mediterranean and Germanic culture. The initial declaration of independence was written on 29 May 2019 and the same day the Statute, the basic law of the Principality was passed by the founders.

During the first months of its establishment the former Tsardom of Pavlov was officially disestablished and the Pavlovian Union was founded by the Treaty of Mykolayiv, with HH Sovereign Prince Dionisiy I being the Union's first President of the Council.

In June 2019, the Principality saw a huge expansion of territory with Nedland and numerous strips of land owned by acquaintances of the Monarch being annexed. Resulting in the Landtag having 6 members. HH Hereditary Prince Maurits, the full cousin of the Monarch was also offered the position of Heir presumptive and upon accepting he and his immediate family being granted Subjectship. Less than a month after the annexation of Nedland, a census was planned to establish who was still an active subject and who was not. Due to the great amount of inactive subjects who would otherwise have been removed from the subjectship roster, the Count of Nedland Edward Gunderson applied for independence to the Sovereign Prince. This was granted within numerous hours, resulting in all titles and honours attached to subjects registered in Nedland being declared null and void.

On 2 April 2020 a new Statute was passed by the Council of State, declaring the Monarch as Tsesar of Montescano and changing the official name of the state to Tsardom. The discussions amongst the Council of State was not without controversy as between the Optimates and Pavlovian Strength numerous conflicts arised, with the Pavlovian Strength faction even going so far as to vote on reviving the Empire of Pavlov. The conflict calmed down after the Monarch vetod the proposal on reviving Pavlov. Shortly before the passing of the new Statute, Hasanistan and Khattrask were annexed by Montescano as crown dependencies. 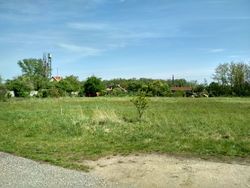 Photograph of the Barony of Goedeweg

Montescano was an Executive constitutional monarchy, under the rule of the Sovereign Prince. The government of Montescano was defined according to the Statute of 2020. The hierarchy of Montescano was divided into the Monarch, the Princely Family, the Grand Pensionary, the Council of State and the Montescanesque Nobles.

The Sovereign Prince was the highest authority in the Principality, the Monarch may approve and enact decrees and acts of the Council of State. On a daily basis the Monarch exercises few powers, with the Grand Pensionary exercising them in name of the Monarch. In Montescano, the Monarch rules based on his "divine right to rule" which can be seen from his title "by the Grace of God". Justification of the position of the Monarch could be drawn from the words of Richard I of England: "I am born in a rank which recognizes no superior but God, to whom alone I am responsible for my actions"[2] during his trial in Speyer. Likewise it also considers it a divine duty of all Christians, as in the New Testament, in which the first pope, St. Peter, commands that all Christians shall honour the Roman Emperor (1 Peter 2:13–20) St. Paul agreed with St. Peter that subjects should be obedient to the powers that be because they are appointed by God, as he wrote in his Epistle to the Romans 13:1–7. Likewise, Jesus Christ proclaims in the Gospel of Matthew that one should "Render unto Caesar the things which are Caesar's"; that is at first, literally, the payment of taxes as binding those who use the imperial currency (Matthew 22:15–22). Jesus also told Pontius Pilate that his authority as Roman governor of Judaea came from heaven according to John 19:10–11.

The Council of State was a legislative body that serves as the advisory body to the Monarch. It consisted of the Counts and Marquesses of the Principality and all appointed Secretaries. While holding serious reserve powers, the Monarch had till date never not granted assent to an Act of the Council of State. The Judiciary was under the control of the Monarch, with him having the sole authority to appoint and dismiss Judges. All sentences were carried out in name of the Monarch.

Members of the Council of State 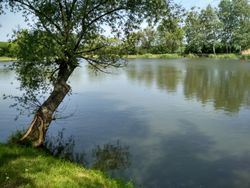 Photograph of the Barony of Oostzee

The main form of first-level administrative subdivision in Montescano was the county or the march. Counties were intended to encompass any Montescanesque territories, whether contiguous or not, resting within the same square mile of land and water. In counties where not all territory was contiguous, each portion of land was a barony, with smaller territories being grouped together to form baronies. Every permanently populated barony was considered a town, and may enact its own local laws through a direct vote of its residents or the Baron.

The Barony of Rietwyck, part of the County of Spaerenwoude was the capital city in the Principality. Most of the Barony's area was occupied by the Princely Palace where the Princely family resides and work as the government body. The County of Goedeweg-Achterbergen consisted of a large lake, a farm field and a winefield. The County of Purmerland consisted of the Château in which the heir presumptive lives.

The Princely Guard was responsible for both military tasks and law enforcement. Jurisprudence operates on a civil law legal system, crimes being tried before a County Court or the Princely Court, depending on the severity of the offence and if it was restricted to a certain County. Due to extreme low number of crimes committed, there were no permanent courts, instead being summoned upon a person being charged with a crime. Civil disputes were resolved in a County Court, with the possibility of an appeal before the Princely Court being there.

The foreign relations of the Montescano were implemented by the Secretary of Foreign Affairs. The power to grant official diplomatic recognition of sovereignty lies primarily with the Monarch, but was made on the advise of the Council of State. Although Montescano was not internationally recognized by any member of the United Nations, it does hold (in)formal diplomatic relations with various micronational entities. Montescano's foreign relations were influenced by the official foreign policies of Montescano. Montescano was a member of the Pavlovian Union.

The Principality had a tiny market economy, regulated by the Chamber of Commerce itself a part of the chancellery. The only company operating in Montescano is the Vorstelijke Mar D'Israeli van Royan Bank (for 66% owned by the Montescanesque monarchy). The currency of Montescano was the Florin, which wass also used by other states of the Pavlovian Union. Montescano was completely reliant on imported goods and services provided by the Netherlands, Slovakia and the UK.

The only active sector in Montescano was the IT sector and a e-banking solution for the Montescanesque Florin. 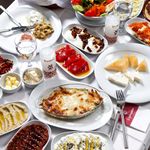 The national food of Montescano is the Mushroom Lasagne, it was often the mais course in celebratory days, such as Christmas and court dinners. Other traditional dishes are Cannelloni and all types of pasta and sauces. In the Spring and Summer, many Montescanesque people enjoy a Rakı Sofrası which is a traditional Western Turkish feast consisting of a lot of Meze and Rakı a sweetened, anise-flavoured, alcoholic drink.

While the Statute officially didn't stipulate an official religion, due to the restriction on the Monarch being a Christian baptised in the holy trinity and all holidays of the One, Holy, Apostolic and Catholic Church being recognised, it was widely accepted that Chalcedonian Christianity is the state religion.

The Principality celebrated fourteen public holidays each year, many of which are Christian feast days. Public holidays were officially defined in 1 Dion. al. 11 (State Holidays act).