From MicroWiki, the free micronational encyclopædia
(Redirected from Lundenwic)
Jump to navigation Jump to search

Lundenwic, officially the Imperial Grand Duchy of Lundenwic, is a secretive, landlocked micronation situated in the London Borough of Hounslow and the London Borough of Hillingdon, United Kingdom. Lundenwic also has claims in Torrevieja and Grímsey. It was founded on the 27 December 2013 and declared independence a day later. It is currently comprised of three territories: Alderwick, Bedfunta and the capital New Charter. It also claims one autonomous territory, Isvik, and a military base, Arco Meditteraneo.[1]

Lundenwic is a secular state with only one official language, English. However, its culture is very diverse with influences from the UK, Ireland, Poland and Italy brought by the heritage of the founding members. 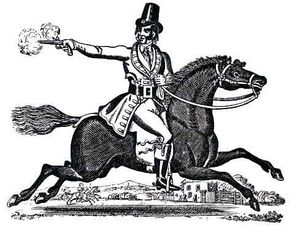 Lundenwic used to be a part of Hounslow Heath which has had major historical importance, originally crossed by main routes from London to the west and southwest of Britain. There are several historic references to Roman camps on or close to the heath. Continuous recorded history dates back to Norman times. Oliver Cromwell stationed an army there at the end of the English Civil War in 1647. James II camped his army there, and conducted military exercises and mock battles to try to intimidate the population in London. In 1793, Hounslow Barracks was built as part of the preparations to meet a possible French invasion. In the 17th and 18th centuries, the heath was notorious as the haunt of highwaymen and footpads, the most infamous of which is Dick Turpin.[3][4] By 1900, the heath was still in use as a training ground for horse-mounted cavalry based at Hounslow Barracks, a gun shooting range, and adjacent army medical units including an isolation hospital. After the outbreak of World War I in 1914, Hounslow Heath Aerodrome was established, that developed to become a fighter aircraft defence and training base. In 1919, the aerodrome became the sole London Terminal Aerodrome, and hosted the first scheduled daily international commercial air services. In 1920, it surrendered its role to Croydon Airport, and closed. The heath was then again used for military training and a repair depot.[5]

The territories of Arco Mediterraneo and Sol Poniente were originally part of Torrevieja, Spain. In Spanish, Torrevieja translates as ‘torre’ (tower) and ‘vieja’ (old). The name dates back to the late 1700s, when the only building on the site of the town was a guard tower.[6] However, evidence has been found to suggest Roman settlements dating back to 500 BC.[7]

The original concept for Lundenwic came from a podcast show that was run by the Imperial Grand Duke, Julian I and Lord Lewis, Marquis of New Charter called Don't Panic! Incorporated. This podcast was originally called 'Expressions' and is known to have been active from around May 2006.[8] Between May and November 2006 it had become 'The Pseudo Democracy Podcasts' changing because the creators felt their posts were not very "expressive" and felt that a change was needed.[9] By January 2007 it was again renamed and rebranded, this time to the 'The People's Lab'.[10] This venture produced at least three known podcasts.[11][12][13] In March 2009 the podcast had once again rebranded and calling itself 'Don't Panic! Incorporated'.[14][15] This rebrand carried a nautical theme, personifying the podcast as a ship sailed by the hosts.[16] Unlike the Lundenwic of today, Mike Lewis was seemingly in charge as Admiral while Julian was only Rear Admiral.[17][18] Another two founders were given parts according to the website for participating in the 'Ale Campaign'. Emma Spencer was Second Lieutenant and Roberto Bruno was Midshipman.[19][20] All four of these received awards for their participation in the campaign. The Don't Panic! Podcast was still being tested in 2013 and it was then that the idea of forming a Micronation was touted. The last post on the website was on 28 December 2013 which is the same day the Imperial Grand Duchy of Lundenwic declared independence.[1][21]

Lundenwic officially declared independence on the 28 December 2013.[1] The declaration and subsequent constitution was approved by the 1st Provisional Government. The Provisional government was then made official by the Imperial Grand Duke's 1st Imperial Edict. It is known as the First Imperial Government or the First Lewis Government. It was during this time that the first Acts and Bills came in law with the Imperial Grand Duke's assent.

The home territories has a temperate oceanic climate, similar to all of southern Britain. Summers are generally warm and sometimes hot and winters are generally cool and damp with little temperature variation. Snowfall does occur from time to time, and can cause travel disruption when this happens. Spring and autumn are mixed seasons and can be pleasant.

Despite the northerly latitude, the climate is generally mild, because of the North Atlantic Current, which brings warm water from the Gulf of Mexico.

Lundenwic is a monarchy with constitutional provisions. The head of state is the Imperial Grand Duke, and according to the constitution of Lundenwic, they are a symbol of its unity and the guarantee of national independence.[2] The Imperial Grand Duke appoints the winner of the General Election as Prime Minister and then appoints all other ministers with the help of the new prime minister. The government created is known by the surname of the new prime minister and they are the one who organises parliamentary sittings.

The Lundener unicarmeral Parliament consists of the Cabinet. There can be an infinite number of ministers and therefore an infinite number of members of Parliament. Ministers who haven't been in attendance at a sitting will be emailed all the proposals read and voted upon in the parliament. They then have the chance to vote on the proposals themselves. Their vote must be received within three days for it to count. Any time after that and it won't be recorded.[26]

The Bill of Criminal Law is the primary source of law in Lundenwic. There is no system of judicial precedent, giving judges the power to use independent legal reasoning to make a decision. Because the judge is empowered to disregard previous judgements (either his own or of other judges) and may apply his personal interpretation of the Bill of Criminal Law to any case means divergence can arise in identical cases.[27]

Lundenwic currently has no police force which according to the Security and Defence Act 2014 means the Minister of Defence and the army are in charge of law enforcement. The crime rate in Lundenwic is extremely low, with no crimes having ever been reported.[28] 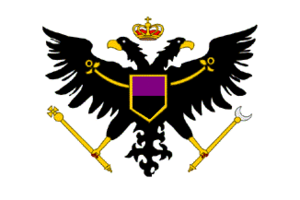 Coat of Arms of the Imperial Armed Forces

The Imperial Grand Duke is the Commander-in-Chief of the Imperial Armed Forces. However, the Imperial Armed Forces is mainly run by two Generals. The first is the Prime Minister, Lord Gen. Michael Lewis, the Marquis of Charter who is nicknamed the 'Armchair General'. He is known to handle the paperwork, reports and intelligence side of the armed forces. The Minister of Defence the Rt. Hon. Gen. Emma Spencer MP is the second General. She handles all of the security, training and deals with the troops directly.

Lundenwic remains a secular and secretive micro nation and as such has not had much contact with other nations/micro nations. Below is listed nations with which the Imperial Grand Duchy has signed a treaty: