The Universal Triumvirate is a simulationist micronation founded on September 15, 2009, by the American idealist and philosopher Zerouh as a political and social experiment into forming a country that existed solely in cyberspace.

The use of the word "Triumvirate" in the title refers to the three original Runescape clans that founded it (the Triumvirate has since moved strongly away from Runescape following the passage of the Independence Act).

Main article: History of the Triumvirate

No single party has ever obtained a majority in either Branch of the government.

Currently there are only two parties: the Progressive Party, led by current Major Executive Lancelot Rice, and the Establishment Party.

Members of the Administrative Branch

There are three separate types of election in the Triumvirate:

Every Trimester, the Major Executive is required to surrender his office for re-election. At this point, any Executive who has remained in the Executive Branch for at least two months is then entitled to run. The Major Executive is meritocratically elected by the Executive Branch in a run-off election; Executives give their top two or top three favourite choices for Major Executive and then - should their top choice be eliminated by having the least votes - their second choice is then who they are considered to have voted for. Candidates are progressively eliminated through a series of rounds until eventually there is one candidate remaining who commands a majority (not a plurality) of votes.

To win an Executive election, one must be nominated to a particular role by another Executive. At this point, the following progression commences: 1) The prospective Executive must take a test to determine their general aptitude and understanding of Triumvirate law and the Procedural Rules of the Executive Branch (the document determining how Executives deliberate and propose bills, and so on), as well as writing a statement for Executive consideration. 2) The Executive Branch vote on whether to even consider the person in question for the role, based upon their general reputation. 3) The Executive Branch then receives the candidate's statement from Step 1), and further votes on whether to accept them based upon their statement and their test score. 4) If they are approved at this stage, then they are successfully elected to the post.

The Supreme Court of the Universal Triumvirate is responsible for hearing all civil and criminal cases in the Triumvirate. The Supreme Court is presided over by the Judicial Branch, which in turn is overseen by the Chief Justice. The Chief Attorney, currently Alexander Buchanan, is responsible for representing the government whenever they are sued, for instance in the case of First Nation Consulting v. The Universal Triumvirate, in which the court ruled the income taxation system to be unconstitutional.

Members of the Judicial Branch

As there is no physical territory in the Universal Triumvirate, there is no real necessity for a police force as such. The Chief Attorney and the Department of Justice are responsible for arresting those who break what laws can be broken.

Triumvirate foreign affairs are operated by the Department of State, led by the Chief Ambassador, a position currently held de facto by the Major Executive.

The Triumvirate calendar is subdivided into trimesters, periods of four months. These periods are referred to in the format (Year)-(Trimester); for instance, the second trimester of 2017 would be referred to as 2017-II. Every Trimester, the Major Executive, the two Senators and the entire Administrative Branch are re-elected. 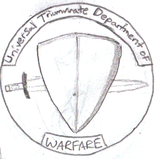 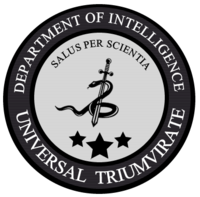 As an online micronation, the Universal Triumvirate does not possess a military as such; most security measures are implemented by the Department of Intelligence, currently led by Head of Intelligence Isabelle Pacem.

There was formerly a military Executive, the Military Representative, though this position, the War General - formerly Commander in Chief - and their Department, the Department of Warfare were abolished on October 17, 2011, following the wide success of the Military Abolishment Movement. All of the responsibilities taken on by this Department were transferred to then Head of Intelligence, Ascencia. 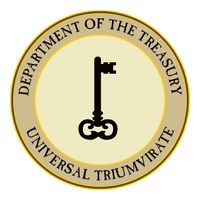 The Universal Triumvirate's currency is the Tri. As a solely online micronation, industries capable of producing revenue for the government are few and far between, with the majority of businesses being legal firms (Dread & Feld, First Nation Consulting, et cetera), newspaper businesses (the last of which, Eden Publishing, went defunct after Jackson Eden's impeachment), and recruitment services (the most prominent being Prime Personnel).

Government financial policy is executed by the Department of the Treasury (abbreviated TDT).

The richest organization in the Triumvirate is the Government, though this title was formerly held by the Ehtya Trust, a trust responsible for operating and executing the various companies and assets of the Ehtya family, the formerly wealthiest family in the micronation - in total, the Ehtya family held over a third of the entire total amount of Tri in circulation prior to their disappearance. 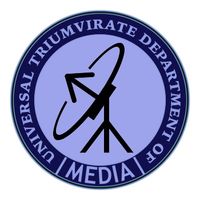 Until recently, the Department of Media has been defunct, making the Head of Media a lone position responsible for Triumvirate media and graphic design.

There have been unofficial intimations that the Head of Media position is "cursed" - this is evidenced, some claim, by the preponderance of Heads of Media who have turned out to be spies or simply not proficient in their chosen career, both of which have led to numerous impeachments of Heads of Media in the past.