The state was established on 13 May 2020. On July 2, the constitution was adopted. On 1 August 2020, the government was changed from the Grand Duchy to the Kingdom. On June 27, 2021, the Kingdom was renamed the Kingdom of Bushes.

The name of the state comes from the name of the King of Lukland, Łukasz I and from the word land. The name was coined in late April 2020 or early May 2020.

In the 1950s, there was a field and a barn in the kingdom. in the 1960s or later or earlier the barn was demolished and moved. In the 1980s, trees and weeds began to grow in the fields. They were sown from a nearby forest.

The first trip to this area took place in 2017. In March, the expeditions were completed and the area was explored. From April 2020, independence movements arose in Lukland.

Main article: Declaration of Independence of the Kingdom of Lukland 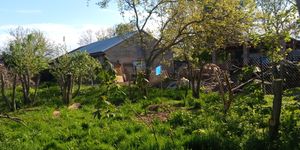 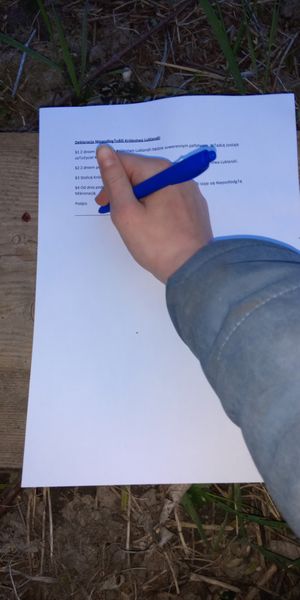 The King of Lukland signs the Declaration of Independence

The King of Lukland had thought about the founding of Micronation before, but considered it too young. In the course of March and April, in the Capital Province and the Greater Lukland Province, great felling was carried out and most of the trees were damaged. During this period, independence movements arose in this area. On May 12, 2020 at noon, Luke I entered the country and announced the Kingdom of Lukland. He put the first flag into the ground, proclaimed the Kingdom of Lukland and the first national anthem, "Hey Slavs", was played. On May 13, the Declaration of Independence was printed at 20.00. The King took the Declaration of Independence and I signed it at 8:22 PM in the present Old Maple Area. And ever since then there has been the Kingdom of Lukland. Independence Day is also celebrated on May 13. 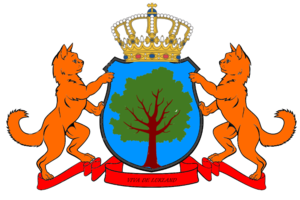 The coat of arms of Lukland which was then de facto introduced.

The king, knowing that the newly created state needed the right to function, began to write a constitution that was ready on May 28 but never came into force. He began writing the next constitution in June. On June 7, the first decree entered into force, which incorporated the territory of 16m². 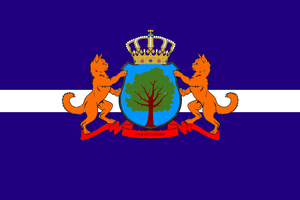 First flag of the Grand Duchy.

The Grand Duchy of Lukland was founded on July 2 under the first Constitution. During this period, no law or decree was passed, all the laws of the state were determined by the constitution. Around July 10, the Kingdom re-emerged into the world by setting up a microwiki site and a website.

On July 31, the fourth change of the constitution was published which changed the state from Grand Duchy to Kingdom. The decree of the Constitution entered into force on August 1.

The Kingdom was established by constitutional decree on August 1, 2020 at 0.00. At around 5.30 pm Luke I was crowned King of Lucland. On August 15, the current white and blue flag was established. Unfortunately, due to the growing number of coronavirus infections, on

September 1, 2020, restrictions against Covid-19 infection were introduced in fear of the first infection Covid-19 in the Kingdom. So far, no citizen has been confirmed to be infected.

On September 18, the second constitution was passed and the restrictions were lifted. On that day, the national symbols were also changed. The current anthem was adopted in October.

On October 16, the Conflict over the Drygalski Island broke out. Unfortunately, Lukland relinquished its rights to the island on November 2. Also on that day, the east of the land was incorporated into Robertson and Mount Tyree. From these lands the Province of Mount Tyree and Mac Robertson was formed.

On February 17, the Constitution was annulled as are 6 documents concerning the state. On February 17, Lukland changed the regime to an abolute Monarchy ruled by a great King. The Royal Cabinet was dissolved on February 17.[2]

The king has absolute power over the state.

The King has unlimited authority over the Kingdom and it is unpunished. No one can oppose the King's decision. Only the King can make the law, and no one else. The king can do virtually anything, but he cannot cut trees in your state.

There are 11 ministers in Lukland.

The Army of Lukland is tasked with defending Lukland's sovereignty. Anyone can join the army. The government of Lukland cannot draft citizens who do not wish to be in the military. The King is the Commander in Chief of the Army.

Organizations to which Lukland belongs

Only the last province was considered a province. Unofficially, Lukland was divided into two province:

Lukland in the north is situated on a plain and in the south is a varied terrain. Lukland (not counting Antarctica) has a diverse climate. It is very hot in summer and very cold in winter 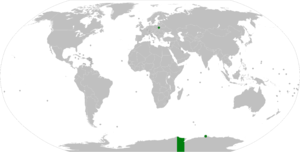 The kingdom has a humid continental climate. Summer is warm and rainy, autumn is rainy, winter is cold and few hours of sunshine, sometimes it will snow and spring is cool. It gets warm at the beginning of June and it cools down from October. In winter, the temperature can drop to -20 °C (-4 °F), although the most common temperature is around -5 °C (23 °F). In summer, the temperature during the day usually does not fall below 25 °C (77 °F) and at night it remains around 15 °C (59 °F). In summer, temperatures can be as high as 40 °C (104 °F). In autumn they are cold, rainy and windy and sometimes in November it snows. Spring is cool but in late May the temperature rises from around 13 °C (55.40 °F) to 20 °C (68 °F).

There are about fifty trees in Lukland. Maple is the most common tree species in the dormer. About seven species of animals live in Lukland. In winter, the presence of insects is minimal. In Summer and Winter, various birds fly over Luklanden, but almost no bird lives in Lukland. Penguins, seals, gulls, and whales are found in the antarctic. Most likely no land plant exists in these areas.

Lukland is a poorly developed micronation. Its economy is unknown, although the government estimates its spending atd 13 USD.

Lukland has a little developed architecture. It has muddy paths. The longest path is 89 meters and stretches from the south of the Greater Lukland Province through the Shogunpolis Capital Province to the north of Lukland. 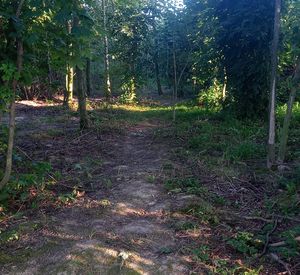 Main road of the Kingdom of Lukland.

All Lukland citizens are Roman Catholic

In Lukland, the official language is Polish, although all residents sometimes borrow words from the Białystok dialect. In the past, some people used the Chachłacki Language and podlaski Dialect in these areas.

The culture of the Kingdom of Lukland is very similar to Polish culture. It is possible that in a few months' time the Lukland language will be created.