Formerly, the city was called Fort Tofik, but it was changed in June 2020. Tofnów has always been considered a city, but it received city rights in October 2020. The city may or may not be dissolved in 2021.

The name of the city comes from the missing King's cat named "Tofik". The Polish pronoun "ów" has been added to this innumeration, which means: this, undefined thing or person once this word meant him. 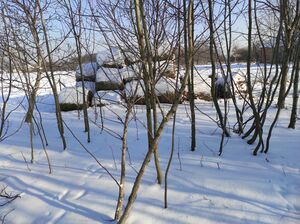 Trees cover almost the entire city. Most of tree are maples and one tree is walnut. Previously, there were fewer trees, but in 2020 and 2019 small trees grew quickly.