The County of Earnhardt (/ɜːrnhɑːrt/) is a county in Kapreburg. It is named after NASCAR legend Dale Earnhardt. 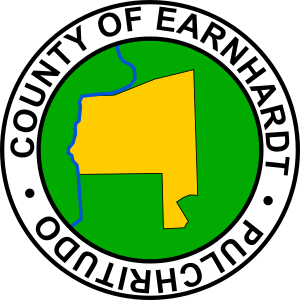 Before being Kapresh territory, the land that is now Earnhardt was formerly part of the U.S. state of Illinois, and therefore also formally part of the Indiana Territory, and Illinois Territory. Earnhardt is home to Bachelor's Grove which is often cited as one of, if not the most haunted cemetery in the world. Formerly, Earnhardt was part of the province of Oak Forest.

Most of Earnhardt is covered in forest, and it's western border is made by an unnamed branch of the Tinley Creek.