From MicroWiki, the free micronational encyclopædia
(Redirected from Symbols of the Timonocite Empire)
Jump to navigation Jump to search 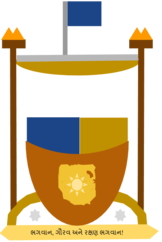 Coat of arms of the Timonocite Empire.

Timonoucitian Symbols are items, images, and words that represent the Imperial Republic of Timonoucitiland.

The current coat of arms of Timonoucitiland features a centered shield which contains a graphic containing a land outline of the country. The flag of Timonoucitiland is displayed along with a gold background above the copper background of the bottom of the shield. The bottom of the arms features arms that hold the shield into place with small, silver heptagonal stars in the centre. Two torches symbolizing the might of the citizens are on the sides, with a Timonoucitian flag on a small stand (representing the iMac that the arms were made on) adorning the very top.

Variant flag, used to represent Timonoucitiland in the Assembly of Micronations Against Communism.

Little is of interest of the flag, but it is featured four times on the Coat of Arms. The navy blue symbolises that Timonocitians have fully covered up the Evil Forces.

Some variant flags are used elsewhere in Timonoucitiland.

The AMAC Timonoucitian flag symbolises "[the] good capitalism taking over the bad communism", according to a recent News.tm report. 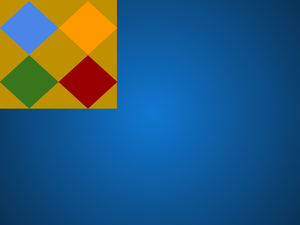 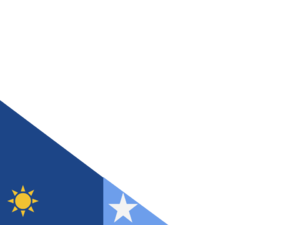 It includes the Timonocitian flag covering it, with a gold square with 4 diamonds symbolising peace, unity, citisenship, and the great duke (Shreekrishna Vasant Avhad). It is the only duchy of the Timonocite Empire to have a quadrilateral shape.

The Timonian flag is contained within a triangle, with a sun and a small blue star on the right.

Certain microprovinces choose to have their own flags in addition to their duchial and national flags. 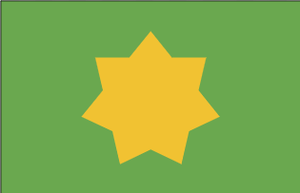 The flag is in a green background, and a 7-pointed golden star shows victory. 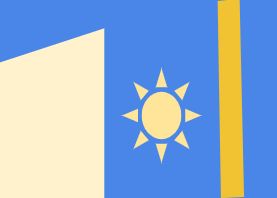 This flag shows ab upward path. At the end, it falls onto the sun, symbolising god being achieved. A river shows the good deeds in the gods' abode, according to hinduism. 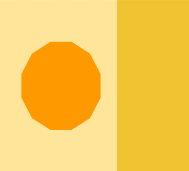 This square flag lightly resembles the one of Vatican City. It has a dodecagon (god) in the larger rectangle, and nothing in the smaller. Like classic Sanarati flags, the smaller rectangle is evil being pushed out by the good (large rectangle).