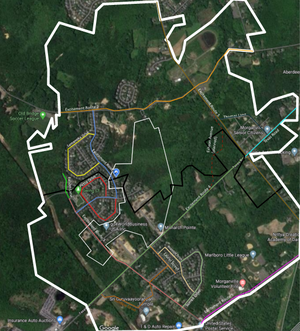 Map of roads in the Timonocite.

However, the Cupertino Territory currently has no road systeme, as it is located in California, thousands of miles from the mainland. Cytopia and Dhruvland also have no majour road systemes.

The following is a guide to the roads.

Excitement Route 1 is one of the shortest highways in all the Timonocite. It was built in 1992, originally known as Bernadette Road and Rachael Drive. In May 2020, however, Eshaan declared a new transportation system with it as the highway. As of now, it connects Ticetown and Northern Territory to Excitement City. The emperor himself lives here.

It is shown in blue on the map.

This road continues off of the beginning of Excitement Route 1 and spirals around it.

It is shown in red on the map.

Nothing but a roundabout around Excitement Route 1, Samantha Drive took the original American name along with Petra Drive.

It is shown in yellow on the map.

Excitement Route 2 is the second-longest road in the Timonocite. It crosses the empire from Northern Territory up through Old Freaneau, but in reality, it goes deep into Old Bridge, New Jersey until Aberdeen, which are miles into the United States. It is known as Ticetown Road in the US, so Ticetown is named after it.

It is shown in orange on the map.

Home to the only park (Falson Park) in the nashun, these roads begin in Pravar Gollamudi Village and end near the American Border in Wooleytown at Excitement Route 6.

It is shown in bright green and light red on the map.

It is green and cyan on the map.

Laurel Street is a very short road; it connects Excitement Route 4 to Ironwood Lane (not shown). The road is not considered majour in any way.

It is shown in orange in SEnteral Excitement. 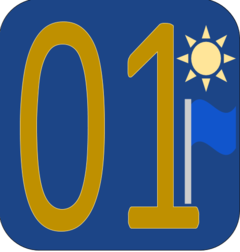 This is the longest north-south highway in the nashun, connecting South Aberdeen, Timo to Tennent, SEnteral Excitement. It is the only one to run through the two mainland duchies and called the same name.

Running just along the SEnteral Excitement-United States border, Tennent Road (as it is called in Cytopia) or Excitement Route 6 is along the border.