The Peoples Republic of Tesforia, more commonly known as Tesforia, is a micronation located on Long Island, New York. Tesforia's location on Long Island places it within the Long Island Micronational Area. The main goal of the nation is to improve the lives of all citizens, as well as avoiding corruption by any means possible.

The name Tesforia comes from an anagram of the word forest with the suffix ia added.

The Confederation of Patchogue

The Republic of Islandia was reformed into The Confederation of Patchouge about six months after its founding. Despite being called a confederation, Patchouge had a system of direct democracy in which Brennan Sullivan remained head of state.

Patchogue was reformed into Tesforia on April 25, 2020. A new constitution was ratified making Tesforia a Presidential Republic once again.

Tesforia is a Socialist Presidential Republic. It has a congress consisting of ten seats, which serves as the decision making body of the nation.

The President serves as the Supreme Judge of Tesforia, and a Jury would be comprised in the event of a trial, which has yet to occur. 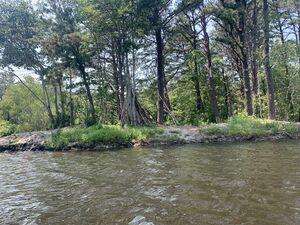 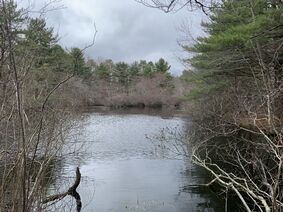 The Patchogue River as seen from the City of New Cork

Tesforia is made up of 4 provinces and 3 territories. All of the provinces are completely covered in forest, while the Breningrad Capital Territory is a suburban home, and the Tesforian External Territories are located on beaches and small coastal islands. Tesforia's geography is heavily shaped by its various waterways, such as Cannan Lake, The Patchogue River, and Mott's Creek.

The main currency of Tesforia is the Tesforian Dollar. The United States Dollar is also widely used. Tesforian citizens often earn money through jobs located in the United States and through selling unwanted items on Ebay and other reselling platforms.

Tesforian culture is very similar to that of the surrounding United States. Tesforian citizens engage in Italian-American and Irish-American traditions.

There has only been one movie made by Tesforian citizens, called Action Man: An Epic Movie. This movie has been made unlisted on Youtube due to privacy concerns.

Tesforian citizens listen to a wide variety of music genres. The most popular artists are Fabloo bands such as Tally Hall, and Grunge bands like Pearl Jam.