The United Provinces of Natlin, also abbreviated as UPN or simply Natlin, was a micronation primarily located in Maryland and partly in Montana, Pennsylavania, Rhode Island, Kentucky, and Alaska comprising 10 provinces, a federal district, five territories, and various possessions. The capital is Wasusu, and the largest city by area is Owenia. The country was located contiguously in North America, with most borders touching the United States. Natlin would be declared defunct on 20 February 2021, with the Empire of Vulhalin being its succesor.

Natlin was never recognized by any nation within the United Nations and was a federal republic. Natlin had approximately 26 citizens, of which 21 lived in Natalanian territory as of November 2020.

The first known use of the name "Natlin" dates back to 2015 when it appeared on a map of St. Mary's County, Maryland created by Jacob Deceuninck. The name "Natlin" is an acronym for the words notable, approachable, traditional, luster, incorruptible and nurturing. The name was officially chosen as the name of the nation in 2016 after Natlin had declared independence from the United States. 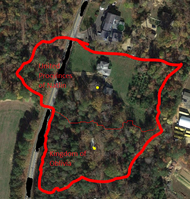 Map of the United Provinces of Natlin in its original 2016 location.

On 24 November 2016, Natlin officially declared independence from the United States of America and wrote the Natalanian Constitution establishing a federal republic on the principle of creating beneficial checks and balances in the government. Jacob Deceuninck was the first elected president of Natlin. 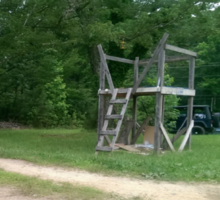 Fort that was attacked by Oblivian soldiers in Wasusu

On 8 December 2016, the Kingdom of Oblivia had made an official declaration of war on Natlin. Oblivia demanded all of the land Natlin resided in. The first battle of the war took place on 9 December when Oblivian troops marched into Wasusu and took fort Wasusu, the Battle of Wasusu began and lasted for 1 day, it resulted in an Oblivian victory. However, 2 days later after the Armed Forces were officially organized and equipped, Natalanian forces had retaken Wasusu. On December 23, Oblivia officially surrendered to Natlin after they had taken the Oblivian capital city.

In July 2017, the Natalanian-Oblivian Empire would dissolve after everyone in the government started to move away. Natlin would be re-establish on 17 July 2018 as a federal republic again, however, the entire nation was moved to a more urban neighborhood. Natlin without having any diplomatic ties with any other entity prompted Natlin to start finding more through online social media

After the unjustified declarations of war on the Kingdom of the Saugeen, the Federal States of Delphia, the United Ocean States, and the Republic of South Divine made by the People's Republic of North Divine, Natlin promptly along with East Michigan and the Buckeye Republic declared war on North Divine. The conflict lasted from 10 July 2019, up until 22 August 2019 after defeating the North Divine armed forces at the Battle of Learton.

Chairman status in the Micronational Assembly

On 29 February 2020, Natlin was elected by council members of the Micronational Assembly to become to next chairman. Natlin would serve for 154 days and go on to make changes to the M.A. such as it's symbology and kick start social media accounts for the organization which would later go inactive. Natlin's term ended on 1 August 2020 and chair status would be transferred to Hunt P. and would only run again for council status.

Natlin's most recent conflict was the Hougoumont Campaign, lasting from May 3 to May 6, 2020. The war initially started due to the Kingdom of Johnnyland issuing an ultimatum to the United Provinces of Natlin and Natalanian allies to surrender within the next 24 hours of said ultimatum. Natlin then declined such demands, and thus began the Hougoumont Campaign. The war was relatively short with Johnny and his associates being swiftly defeated in a matter of days.

On 1 December 2020, Jacob would declare Natlin to be in a state of inactivity. Progression of Natlin would come to a halt, Natlin resigned from the M.A. council and would cut ties with most micronations.

On 20 February 2021, Natlin would officially be declared defunct marking the end of its 4-year long existence, with the Empire of Vulhalin taking its place.

Main article: Federal government of the United Provinces of Natlin

Natlin was a representative democracy, similar to that of the government of the United States. The government is maintained by a system of checks and balances defined by the constitution.

The federal government of Natlin comprises of three branches:

Natlin experiences an oceanic climate (Köppen climate classification Cfb) similar to almost all of the United Kingdom. Temperature extremes since 1960 have ranged from −12.4 °C (9.7 °F) in January 1963. 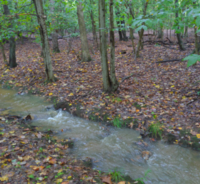 Woud Creek, located in the province of Austania.

Natlin features several streams and creeks. Most notably Woud Creek, and the Natalanian Creek, while rolling hills and small ravines surround them. Most of the interior of Natlin is hilly to varying degrees, with forests and agricultural fields. Many Natalanian territories such as Lewis and Asburg are heavily wooded areas.

The list below depicts relations Natlin had with other micronations.

Notable Organizations that Natlin was involved in.