Tueoedeth, officially the Republic of Tueoedeth, was a self-declared sovereign state state located in the US states of Kentucky, Rhode Island, and Florida which was founded on 17 May 2017 by Isaac J. White after he wrote and ratified the constitution for Tueoedeth and declared independence, Tueoedeth was never recognized by any nation within the UN. Tueoedeth was a constitutional republic and was a member state of the Micronational Assembly. Tueoedeth was dissolved on 28 January 2022 after the President's continued dissatisfaction with micronationalism.

The name "Tueoedeth" is an anagram of the word "Hideout" with a few changes to the word to be pronounced easier. The name was officially adopted as the nation's name since its founding in 2017.

Isaac White had found a video covering the micronation Molossia, this had inspired White to found his own micronation. on 17 May 2017, the Republic of Tueoedeth had officially declared its independence from the United States. On 18 May, White had written and ratified the Tueoedethian constitution.

Tueoedeth's early era 2017-2018 saw a change from the first flag similar to the current flag, to a red and yellow banner similar to communist micronations, this led to a misconception that Tueoedeth was a communist state. During this time Tueoedeth would begin to grow rapidly as numerous citizens joined the nation. Of which most notably was former micronationalist Hayden C. which took multiple attempts to switch Tueoedeth to a communist dictatorship with himself in charge. In 2018 Tueoedeth established relations with Bonumland.

On 7 May 2021, President White would declare Tueoedeth in a state of inactivity and resign from office, Hunt Powell, the former vice president, would take his place soon afterward.

During its final months of existence Tueoedeth would see its 1st president and founder Isaac J. White return to office as the 3rd and final president. During this time he would survey Tueoedeth's natural properties, and geography. Several land surveys were conducted and were used to create maps of the nation. However, after seeing the decline of state activity within the nation President White would begin having thoughts of dissolution for the state.

Tueoedeth was dissolved on 28 January 2022 after a 90% population decrease since its founding, long inactivity within the government, and heavy dissatisfaction from the President regarding the states condition. Most of Tueoedethian mainland was returned to the United Staes. The territories of Draper Beach, Bald Rock, Tueoedethian-Goddard were officially ceded to Faltree.

The national government of Tueoedeth is considered to be a constitutional republic. The government is a very simple system as it is made up of only legislative and executive branches.

Tueoedeth has a humid subtropical climate which is characterized by hot, humid summers and cold winters. Day-to-day temperature differences can be high during the winter. Summers, in comparison, are much more stable. Severe weather, including the threat of tornados, is not uncommon throughout much of the year.

Several Plans have proposed small service water tanks in Tueoedeth but they were never carried out.

Tueoedeth has several roads and paths that are serviced by the Tueoedeth Department of Transportation or (TDOT) for short. There is one civilian airfield in Tueoedeth; Tueoedeth City Airfield (TCA). The airfield is for RC, and light aircraft only. A CSX railroad line runs through the Yellow Creek Territory of Tueoedeth but is not considered an asset of Tueoedeth. Tueoedeth Routes connects several towns and landmarks across Tueoedeth with smaller "Provincial Roads", and "District Roads". 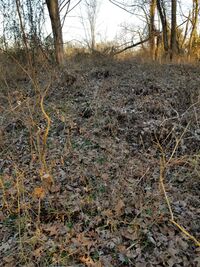 Brush Hill is the highest point in elevation in the province of Algonquin.

Tueodeth consists of 3 provinces and 4 territories. Tueoedeth is primarily located in the US state of Kentucky, but is also sprawled across Rhode Island, and Florida. Most of Tueoedeth is made of a flood plain of the Ohio River. Tueoedeth City sits on a low lying prairie that sits only a few inches higher in elevation than the Great Tueoedeth Swamp. The provinces of Algonquin, South Province, and Yellow Creek Territory are heavily wooded and consist of swampy land found commonly in flood plains. The territories of Tueoedethian-Goddard, and Bald Rock are located near the Narragansett Bay, and shares the oceanic climate of New England.