"Vulhalin" redirects here. For for the republic, see Federal Republic of Vulhalin.

(listen))) or just simply Vulhalin, was a micronation that of which is the direct successor of the United Provinces of Natlin. It was established on 20 February 2021 after the first and current emperor, Jacob Deceuninck, retook interests in the idea of micronations. Vulhalin, just like its predecessor, was not recognized by any United Nations member states. Vulhalin was an absolute monarchy and as of February 2021 only has 9 citizens, 5 of which that actually lives on Vulhalian land claims. Vulhalins territorial land claims are all formerly that of Natlins and are all scattered throughout the United States, within in the states of Maryland, Pennsylvania, Rhode Island, Kentucky, and Montana. Vulhalin currently holds only many formal relations with other micronations and was the chair of the Micronational Assembly. Vulhalin was considered to be apart of the Korp Sector, a sector of micronations that include many other micronations such as the Republic of Tueoedeth, and Faltree, both of which have mutual relations with each other.

The word "Vulhalin" comes from the name of Jacob's first unofficial micronation named "Halin." "Vul" means nothing and is apart of the name "just to make it sound cool" as Jacob says. Jacob also chose this name because it sounded similar to the name of the American rock band, Van Halen. The name has been used many times before, most famously for the Federal Republic of Vulhalin which is a failed merger state between Natlin, Faltree, the Kingdom of Jehovah, and the Reunited Ocean States.

Vulhalin's government is an absolute monarchy, with Jacob being the emperor of Vulhalin. The emperor in Vulhalin can decide what happens within the micronation and has no democratic processes. There were plans for Vulhalin to become more democratic, but Jacob stated: "too small as of now to have a strong democratic government".

Results of the council election in the Micronational Assembly.

Vulhalin was founded on 20 February 2021 after Jacob had taken interest in micronations again. It was declared the successor to the now the defunct United Provinces of Natlin. Jacob D. was unanimously proclaimed the nation's emperor making Vulhalin an absolute monarchy. The name "Vulhalin" was decided to be reused for the micronation from the short-lived state Federal Republic of Vulhalin which existed in November 2020. The Micronational Assembly helped inspired Jacob to begin micronations again as the organization was what Jacob claimed: "in shambles after we left." Vulhalin joined the MA on the day of its founding and sought to criticize the set of councilmen elected in February 2021. Vulhalin openly supported the disbursement of the council as many were considered by Jacob as "inactive or incompetent". On 3 March, the council was disbursed by Attorney A.Y. and a special election was set up. Jacob ran under Vulhalin and received 12 votes from the Assembly, he was later voted by the elected councilmen to be re-elected to the position of Chairman.

Intervention in the Greater Aleunnic War 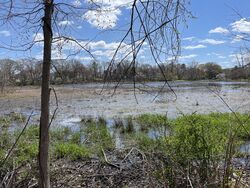 Picture taken in Latalle during the invasion.

On 17 April 2021, Vulhalin would declare support for Reunited Ocean States against the Latalle Monarchy to boost morale. This would create an entire new theater of the war as Vulhalin would not take part in the conflict against the Great Lawl Reich. On 23 April 2021, Faltrian and Ocean States armed forces entered Latalle territory. The invasion lasted 1 hour and 32 minutes and was met with no resistance from Latalle. A day later, Marcus Izzo would declare through Snapchat that Latalle would lay down their arms.

In April 2021, a land dispute between the Dominion of West Canada and the Greater Cascadian Republic would pursue. On 1 May, Jacob would announce Vulhalin's support for West Canada, after releasing a statement, saying, "This is utterly stupid, Smith has no say in what happens in Vancouver. She talks a lot of anti-imperialism but is a hypocrite. She can also get the hell out of the Laurentian bioregion." The dispute would later put more focus on the Nexan Republic as it garnered more support against West Canada than Cascadia. On the night of 5 May, Chancellor Desslok and Jacob argued about two trade agreements made with the Constitutional Republic of Columbia between both the Nexan Republic and West Canada, as well as harassment in Discord private messages from Desslok towards Connor Shaw about the trade agreement. It lasted until 11:44 PM in Eastern Standard Time when Jacob suggested to Desslok through Discord that the arguments would remain civil and composed. Hostilities between both opposing sides would ease as Shaw and Desslok were invited to talk to each other by Jacob to work on miscommunications. A few days prior to the argument, Zecheriah O'Hair, a representative from the League of Independent Nations, tried to encourage dialogue and treaty between West Canada and the Nexan Republic but failed due to extenuating disagreements.

Vulhalin would remain largely inactive through all of 2022, Jacob would cede all land to the Kingdom of the Calverlins and dissolve Vulhalin.

Being in the same general area as Natlin was, Vulhalin experiences an oceanic climate (Köppen climate classification Cfb) similar to almost all of the United Kingdom. Temperature extremes since 1960 have ranged from −12.4 °C (9.7 °F) in January 1963.

Vulhalin features many streams and creeks. Most notably Natalanian Creek, which was formerly apart of Natlin, while rolling hills and small ravines surround them. Most of the interior of Vulhalins mainland was hilly to varying degrees, with many forests and agricultural fields. Many Vulhalian territories such as Whites Forest and Tuburg are heavily wooded areas.

Vulhalin is divided into Cities, Territories and Dominions.

Currently, Vulhalin has many formal relations, mainly with micronations from the Korp Sector.

The list below depicts relations that Vulhalin has with other micronations.