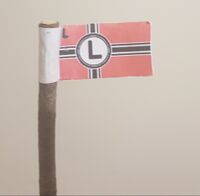 On 19 April 2017, the Great Lawl Reich decided to join the Micronational Assembly, back when the MA was based on Google+. During the time in the G+ MA, Stefan I mainly discussed topics about micronations with other members in the Assembly. He joined the G+ community for the Grand Empire of Francia, which he was active on. On 17 May 2017, the Great Lawl Reich joined the United Micronations. Stefan I was not really active in the United Micronations, and later ended up leaving on 21 July 2019. On 17 May 2017, Stefan I established the Province of Butugychag. On 27 June 2017, Cyrisk declared war on the Micronation Assembly, after being expelled from it. During this time, no physical conflicts happened. Stefan I offered a white peace with Cyrisk on 3 July 2017, to which he agreed to on the same day. On 3 August 2017, the Social Democratic Party officially dissolved, after Stefan I no longer politically identifying with Social Democracy months ago, as well of adopting a more Nationalist stance. The Great Lawl Reich no longer has any political parties after the dissolution of the Social Democratic Party. On 29 September 2017, Kaiser Francis V of the Grand Empire of Francia abdicated and chose Stefan I as his successor, thus placing the Great Lawl Reich into a personal union with Francia. At first Stefan I did not want the throne but decided to serve anyways. On 2 October 2017, the Leader of Gustavia demanded Stefan I to abdicate the Francian throne and give it to him. Stefan I and Gustavia declared war on the Grand Empire of Francia on 4 October 2017. Although Gustavia was at war with Francia, the Great Lawl Reich never joined the conflict. On 1 November 2017, Francia and Gustavia agreed to peace with no changes to either nation. Sometime in October or November 2017, Francis V held a referendum to see if the citizens of the Grand Empire of Francia want to join the Great Lawl Reich. The majority of citizens, including Stefan I, opposed joining. Stefan I did not want Francia to join because he felt that the Great Lawl Reich would be dominated by Francia.

With having multiple claims around the world, the Great Lawl Reich has a diverse range of geography. The Great Lawl Reich Southern Pacific Territory on the surface is only ocean. On the ocean floor, the Southern Pacific Territory is home to the Albatross Cordillera, which is located at the center. The Tsardom of Butugychag is mountainous. The Tsardom of Oblea is flat. The terrain of the Tsardoms of Yeno and Bolson are covered with trees. The Aleunnic Czardom is rather flat and rocky.

The Great Lawl Reich has several claimed territories. It currently consists of one Overseas Province and Reich Protectorate and two Dependencies.

The Great Lawl Reich is currently rather isolationist when it comes to foreign diplomacy. Currently, all diplomacy is conducted by the Tsar.

Nations formerly had diplomacy with

The Great Lawl Reich currently has a population of 1.

English is the most understood language of the Great Lawl Reich and its de facto official language.[n 2] Classical Slin-Englysh was a regional and secondary language used in the Tzardom of Yeno.

There are currently two privately-owned YouTube channels by Stefan I. The first channel is called VentusCyborgHelios. The main contents on the channel were video games and Pivot Death Maze. VentusCyborgHelios is currently inactive as Stefan I shifted his focus to his second channel. The second channel is called Great Lawl Reich. The channel went through different name changes before settling on Great Lawl Reich. At first, Stefan mainly produced video game content on the channel. Stefan then changed the content produced, and now mainly produces content about the Great Lawl Reich and micronations.