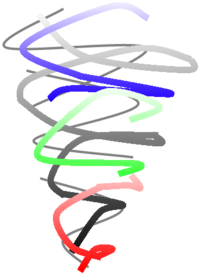 Spindle Games is the national game developer of Optima. It was originally established by Jean-Francois Pierre as a private concern in Australia following the collapse of his previous gaming endeavour, Random Games, but was nationalised in early 2010.

Spindle Games was co-founded in early 2010 by Jean-Francois Pierre and Brian Mounce. Frank had been developing games personally for years, and this had been brought to Brian's attention in late 2009. At the time Brian was experimentally hosting a web server, and offered his assistance in the creation of what would become "Project Oaklands" and later just "Oaklands". The partnership formed the small game developer, and that night the logo still in use today was chosen. Since the game had a multiplayer focus, and was intended for free distribution, a server was critical. Initially dedicated hosting was considered, but at the time Brian had signed up to an internet connection with suitable upload speed, latency and a static IP required for such a task, and this was chosen. Development began slow, but within weeks a small top-down shooter had emerged. Progress was slow given the entire game was being developed by one person, but features were added at a steady pace. In celebration of going 3D, a name was assigned to the game. An earlier competition to choose a name had not been successful, and "Project Oaklands" was settled on.

Still in beta, the game is a highly experimental first person shooter. Developed using GameMaker Pro, the source code is completely original, but not released to the public. This has been the source of much criticism, but Frank has stood by this decision.

Spindle games was nationalized in early 2010 just days after its inception. Jean-Francois Pierre is the sole game developer, and takes charge over that aspect of the company's operation. He is also the writer of the Spindle Games blog. Brian Mounce is responsible for hosting the web server and web content creation.

As Optima's only provider of hosting services, Brian Mounce offers free web hosting to all Optiman citizens by request. Third party games are also hosted if their popularity in Optima is considerable. To date the only game chosen to be hosted is Minecraft Classic. For bandwidth reasons, this is only activated on request. To avoid paying for costly third party hosting services, Spindle opts to take advantage of an always-on internet connection and server already in place. The server happens to be a 2001 ultraportable laptop, and donations are to be redirected to Brian Mounce.