The Kingdom of Ikonia is a unitary state governed by an absolute monarch with two advisory bodies— that being the Privy Council of Ikonia and His Majesty's Royal Government. The Monarch, currently Abrams I, is both head of state and government. Another key executive and judicial player is the Supreme Court of Ikonia - intended as the enforcer of laws, and of the Kingdom's constitution, it is headed by the Supreme Judge, Haida Allen. 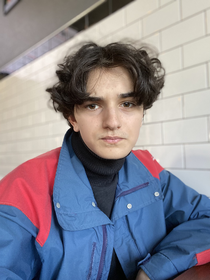 The current monarch of Ikonia, King Abrams I

The Monarch of Ikonia is known as the King if male, and Queen if female. The position is hereditary[a]. The Monarch has significant powers that can be exercised through royal decrees, one of the two main forms of legislation in the Kingdom. In addition to this, the Monarch occupies a number of positions, such as Commander-in-chief of the Armed forces. The Monarch is considered by many people, the state.

Main article: Government of the Kingdom of Ikonia

The long-form title of the executive branch is His Majesty's Royal Government; in which the Monarch is the head of. The head, that being the King, appoints Privy Councillers and citizens to ministries, such as the Ministry of Transportation.

The legal system of the Kingdom of Ikonia is a statutory civil law system. The main source of law is primary legislation and decrees, which takes the form of the Kingdom's constitution and the King's decree itself. The head of the Supreme Court is Haida Allen.

Due to a lack of legal disputes in Ikonia and also due to the fact that it is such a small micronation, the Supreme Court in Ikonia has only heard a single case to date; crime is virtually non-existent and most issues that do arise are settled either by passing emergency decrees, or by arriving by consensus on an informal convention.