New Balland was established on 26 April 2012, following the fall of the short-lived Second Berinese Empire. The Berinese Emperor and prominent Valtirian leader Tarik Kârjasary (who had taken the regnant name of Richard I Paul, had relinquished his imperial authority to a regent, Crown Prince Jonathan of Austenasia, who was in charge of the Empire from 22 to 26 April, when the Empire was officially dissolved and New Balland was formed.

Declan I, II & V, Emperor of Austenasia, was declared King of New Balland, and served as the new nation's monarch ex officio. An interim Parliament was established, and former Berinese Emperor Tarik Kârjasary was appointed First Secretary (head of government). Though the position of Governor-General was mandated by law, no one was ever appointed to the position.

The young nation fell into inactivity shortly after its creation. Having attained no major accomplishments, on May 15 Kârjasary dismissed the Parliament and took over the nation. The same day, he founded the Church of the Pahun and declared himself High Priest, renaming New Balland to Dakrit and forming a theocratic absolute monarchy. 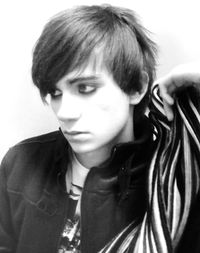 Declan I, II & V of Austenasia.

New Balland was a secessionist micronation, and thus understood itself as fully sovereign. Its government system was parliamentary, based on the Westminster system. The head of state was the Emperor of Austenasia, Declan I, who held the title of King of New Balland. The head of government, known as the First Secretary, held de facto most executive power.

Foreign affairs were led by the Austenasian Foreign Office, headed by the Chief Ambassador, considering New Balland's position as an Austenasian protectorate. An important part of the political structure of New Balland was that it was a non-partisan democracy.