The Grandeur Print is a Cycoldian newspaper owned by Empreton Holdings. It is currently run by the Editor-in-chief Christina Nowell and has three staff writers. It was founded on 18 June 2019 formerly completely owned by the Cycoldian Government. 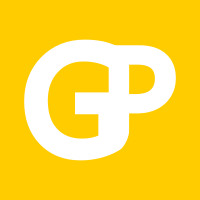 Corporate logo of the Grandeur Print.

The Grandeur Print is a newspaper owned by the Empreton Holdings founded on 18 June 2019 by Christina I. It was formerly owned by the Cycoldian Government until 1 February 2022.[1] It is published directly by Cycoldia, through the official website of Cycoldia. The first article published was about the Cycoldian intervention in Belgica and Fesmar. Currently the newspaper is published on cycoldia.com, with all articles also kept on the website. With some of the articles publishing documenting things such as the coup of the Burmese Government[2] and a Cycoldian Ministry of Health Survey on COVID-19.[3] On 15 June 2021 the Grandeur Print started a new type of article, mini articles, the first one being the article The Nations Without Capitals.[4]

Grandeur Print has worked with multiple different papers. Due to it being owned by Empreton Holdings it has partnerships with the Creek Gazette, Empreton Entertainment, and the Creek Journal. It as well works with The Trependeryn Times and has a section in the said newspaper for its own articles to be put in.

Grandeur Print was sold to Empreton Holdings in its entirety on 1 February 2022 instead of the former 50% ownership of the Cycoldian Government that was formerly done. This was passed by the General Assembly on 1 February with the Print Independence Act.[1]