The United Royal Republics of Jockromasa (ju-crom-u-su) is a member state of the Cycoldian Imperium. It's current monarch is Empress Christina I.

In 2016, on June 6th, Evan Paul and Rachael Tomko founded the nation. The government was set up by Evan and citizens found by Rachael. The Empire comprised of a limited territory then.

In 2017, Nathan Paul, who was 11th in line to the throne, declared his and his brother's room, Van, who was 19th in line for the throne, the Republic of Bootka. Their nation had a new incomprehensible language and a two person army. Several skirmishes were held against this rebellion and in 2018, under the leadership of Eovnia, Evan Paul declared the Republic of Bootka over.

In 2017, the Empire was under severe lack of updating. The Empire's two original founders, Evan Paul and Rachael Tomko had different ideas for the Empire. Rachael wished to leave it behind removing nearly two years of work. Evan Paul, who had been running it by himself, wished for the nation to flourish. In 2017, that same year, he crowned Empress Eovnia.

Under the rule of Empress Eovnia the Empire has been updated and has gained many new citizens. She has created many new duchies and territories. She begun, on February 10th, 2020, to develop a treaty between Elysium and Jockromasa to merge with the region of Greymount. 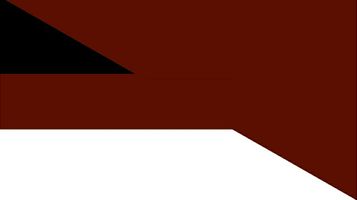 The Official Flag of Jockromasa.

In mid-February to mid-September of 2020, the URRJ was united with the State of Greymont in the Treaty of Josephina. It officially was declared null and void by Eovnia Pual in mid-September.

The Re-Institutional Era marks the beginning of a return to formally planned ideas but had never came off the drawing boards.

Structure of the Empire

The Empire is structured as multiple royal states obeying the emperor/empress's laws and the government's decisions. Currently there are 4 duchies, 1 earldom, 1 emirate, and 2 royal estates.

The Pheonixiam Duchy was created by the Empress and the title of Duke/Duchess of Pheonixiam is currently unclaimed/unrewarded.

The Emirate of Ak-Chin was founded by the Empress. The title of Emira is held by Empress Eovnia.

The Imperial Estate of Santonia- 2025 mi²

The Imperial Estate of Santonia was created by the Empress and is under the direct rule of the Empress.

The Imperial Estate of Thebia- 965 mi²

The Imperial Estate was created by the Empress and is under the direct rule of the Empress.

On April 20th 2020, Eovnia reinstated the former rebel state to be ruled by her brother, Nathan Pual, as King-President of Bootka.

On November 3rd 2020, Eovnia Pual created the Capital District to officially mark the end to confrontational governing and the beginning to federalizing the state.

The colonial claims of the Union are few but very important.

Many micro-nations claim the Bir Tawil area and Jockromasa is no different. The Royal Colony is lead by a Royal Governor and the seat of Governor is currently empty. This colony was declared null and void due to Empress Eovnia recognizing it as land officially owned by the nation of Egypt.

The Union's Antarctic claims are very minor. Only the Coronation Islands are claimed. This is lead by a Viscountess. The current Viscountess is Christina I.

There is only currently only one order.

Holy Order of the Eagle

The Holy Order of the Eagle is a religious order located in Malta.

Here are the established traditions of the URRJ and the Royal Family.

The Adoption of Alternate Identity

When a individual assumes the throne of Emperor/Empress the individual creates a royal identity to protect themselves. This has been done by all Empresses/Emperors' current and past. This identity is completely separate from their true identity and how they perform diplomacy and the name they use in other micro-nations.

The culture of Jockromasa has developed greatly over the years. In the beginning the culture was very light mostly focusing on the major faiths of the nation. Now it has branched out including unique dishes.

This is the official state church of Jockromasa. Functioning like the Angelican Church it follows the same beliefs but places emirutus Emperor Evan Paul.

This order was created by Empress Eovnia upon her corparation of its belief into her life. It is lead by Archwitch Eovnia.

These are the official relations with other micro-nations.

The Emperor/Empress of Jockromasa may bestow Imperial Awards to any citizen or diplomat who has faithfully served the Union. They may also offer them as gifts to other leaders as an act of friendship or in a treaty.

The lowest award given to non-citizens. The Knights of the Empire are in charge of the Holy Order of the Eagle.