History of the culture

The modern Cheslovian culture began to emerge during the Confederate Empire of Versillies and was greatly amplified by the Kaznian Empire due to the creation of a national archive known as the "Kaznian Library" (today known as the Cheslovian National Archives), with the new archive the Kaznian people where able to keep historical documents and artifacts, instead of disposing them in bins, prior to the archive many artifacts and documents were lost.

The Cheslovian culture is based on the following cultures (italics indicate the culture had a major impact on Cheslovian society at some point in Cheslovian history):

In Cheslovia the rise to nationhood came during 2008, when the Cheslovian people saw that they had achieved a unique culture by establishing a set of values, beliefs, a religion and languages, as well as the choice in symbols and place names.

The following events are remembered by Cheslovians, as they helped to shape Cheslovia into what it is today.

When Amtin gained independence from The Tribe it subsequently laid the pathway for the establishment of the Cheslovian Federation.

The Kaznian Rebirth occurred on the 15th February 2007 and was a time when Kaznian officials deemed it necessary to "restart" the country, as they believed that it had become too unorganised, it also allowed the Kaznian people to keep the good elements of Kaznian culture and add and improve on them and also to scrap the bad culture, this day is now a national holiday and is known as "Kaznia Day".

The Kaznian Revolution was when the Kaznian government decided to accept its old history and claim its old culture back and add it to the reformed culture, old documents were put back into the archives again.

The November Reforms of 2007 was the first step to transforming the Principality of Kaznian into a more democratic and self sufficient country.

On 1 November 2008, the Cheslovian Federation was created, it was a greatly reformed version of the Principality of Kaznia. The Kaznian government wanted to show the micronational community that Kaznia is a democratic and modern nation, the best way to do so was to reform into a democratic federation.

Great June was a time when Cheslovia acquired many new citizens, these citizens increased activity within Cheslovia and made the nation much more efficient than what it was before Great June. Many of the new citizens where eager to learn about Cheslovian culture and the Cheslovian language.

The Second Baltian War is a war which is intended to reunify the Cheslovian people under one banner, instead of the many banners of the Baltian Sector, the war is unofficially known as "Cheslovia vs Baltia", this term was coined by Cheslovian citizen "Murat Nurkenovak".

Main article: Cheslovian People
Cheslovian people are known for their strong sense of solidarity when conducting business in Cheslovia in the micronational world. It is because of this sense of unity that Cheslovia is gradually able to become more influential in its geographical locale. Unlike many micronations, approximately 95% of all Cheslovian citizens live inside Cheslovia or in the proximity of Cheslovia, and many citizens know each other, this also helps with unity. The Cheslovian Federal Government greatly discourages the concept of Baltian diversity, as it would fragment the Cheslovian people into different groups.

Main article: Kaznian name
As with any culture, unique names are given to geographical areas, cities and people. In Cheslovia a typical Cheslovian names will end in either "ovak" or "evak", and in some cases Cheslovian names for people will end in either "ovas" or "evas", there is also a modified version of the Lithuanian "iai" ending, this is "iyai". The capital city of Cheslovia, Musorov, is informally known as "Musorovak" at times. During July 2008 the Cheslovian Federal Government changed the names of more than ten settlements in Cheslovia to more Cheslovian sounding names, an example includes "Korotan" being renamed "Dmitrovak".

The Cheslovian language is the main Baltiak language, Cheslovia is very unique as it has two sets of the same word, these are "Original Cheslovian" and "New Cheslovian" both sets of words can be used and neither sets cancel the other, when speaking Original Cheslovian, it sounds almost like German, when speaking New Chesliovian it sounds more like Russian and Lithuanian, it also has more rythem and "flows" more, similarly to French as compared to English. However there is a major obstical for New Cheslovian, this is that some words have large clusters of consonants together, the word on its own is easy to say, but in a sentence with other New Cheslovian words it can be difficult, because of this many Cheslovians will use both Original and New Cheslovian in a sentence.

The concept for a national language for Cheslovia can be traced back to the Kaznian Empire (and possibly before), when many languages were created to mimic the sound of Russian. While they are mere concpts for languages of Cheslovia, they must not be thought of as early versians of the Cheslovian language, as they do sound different to Cheslovian and didn't have as much vocabulary as the Cheslovian language and had no specific grammar (the followed English grammar).

The Cheslovian Federal Government uses a very specific linguistic naming system to make sure names can be properly read, for example the name "Ivan" could be mispronounced as "Eevan" or "I-Vahn", to combat this the name is spelt "Aivan".

Here is a list of other specific sounds used by the Cheslovian Government:

A distinct Cheslovian spelling rule for names includes not having too many vowels together, for example, the Lithuanian names "Skuodas" became "Skuyodas", and the Romanian name "Iasi" became "Iyasi", exceptions can be made but only to make a phonetically spelled name, for example, a settlement was named "Moskou" and is pronounced exactly like the Russian capital city of "Moscow", having two of the same vowels next to each other (with the exception of "oo" and "ee") is commonly used, for example "Kazaan" or "Skopdzhii". Another spelling rule in Cheslovia which is strictly enforced, is the Cheslovian version of the English letter "J", to make a letter J in Cheslovia, it must be spelt "Dzh".

It is worth noting that Cheslovian spelling before the Kaznian Rebirth is significantly different, for example the modern "Ai" combination used to be "Y".

Examples of popular bands in Cheslovia include: 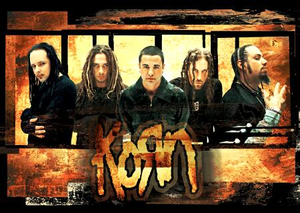 Korn, a Heavy Metal band, is possibly the most popular band in Cheslovia

Other Cheslovian music includes classical, during the Principality of Kaznia, a piano piece was composed by Vasili Uladimov called "Musorov City".

Cheslovia is known for its large land claim within the micronational community, while some may believe that the claim is "unrealistic", the Cheslovian Federal government justifies its claim with the following statement:

In order to be a realistic, successful and powerful nation, we must follow the examples of actual separatist groups such as Transnistria, Nagorno-Karabakh and South Ossetia, these nations did not refrain from claiming territory as theirs, and now in some cases they even successfully enforce their laws among the local population.

The territory mainly consists of grassy plains and fields which may feature forests and rivers, a large swamp is situated in Tamir and Vladislavia called the "Aivan Marshes". The climate during summertime is warm and humid and during winter its can be wet and cold, it is normal in January and February to snow heavily, this is a typical temperate climate.

A Russian Orthodox cross made from sticks is kept in the Cheslovian National Archives, it was made during the Kaznian Empire when the nation was officially declared an Orthodox Christian state, but only for cultural purposes.

National symbols of Cheslovia are held in high regard amongst Cheslovian people, many symbols represent the Cheslovian ethnicity, Cheslovian Federation as well as individuals.

As part of the collective identity, the Cheslovian people have set some shared values and interests to uphold: 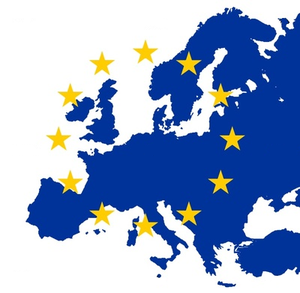 The idea of a united Europe is strongly supported in Cheslovia


The Cheslovian people believe greatly in upholding Europe, the European Union and European cultures, Cheslovians call themselves European patriots and occasionally state that their country is the EU (the EU is a de facto nation). The Cheslovian Federation has several official documents pertaining to defending Europe from what the Federal Government sees as threats to Europe.

Socialism
Although socialist symbols are replaced with extravagant "royal" looking symbols in Cheslovia, the country does call itself a socialist nation regardless of its symbols, it believes that the Capitalism of the west is ruining third world countries and the working class. Cheslovians believe in a classless society, however two citizens in Cheslovia still retain their "royal titles" left from the Principality of Kaznia, currently and even during the Principality these titles granted no special rights, and were only for show. The Federal Government of Cheslovia did not consider removing the titles, simply because they were bought by the citizens who have them and they do not give any special rights.

Cheslovians have gradually let go of their disregard for the environment

Reproduction
Talking about reproduction between organisms in Cheslovia is often seen as a taboo, however the government has no control over sex education in the United Kingdom, and does not wish to. The Cheslovians have a great disliking for prostitution and other types of similar activity, and there are strict laws regarding them. It is possible that the taboo regarding reproduction in Cheslovia arose from the disliking of prostitution.

Warfare
Historically, the Cheslovian people were a very war based society, although this was a time which followed the independence from the Tribe. It is said that the war craving society re-emerged during the Kaznian Empire when it declared various wars on neighbouring micronations Chivaliers, Zagoria and The Clan.

In Cheslovia it is the choise of an individual of what religion he or she follows, there is not state religion, although Kaznian Paganism is the national "iconic" religion (similarly to the UK's Church of England). There is a diverse variety of religion in Cheslovia, including Odinism, Paganism, Christianity (Catholic, Protastant, CoE, LDS), Islam (mainly sunni), Kaznian Paganism and LaVeyan Satanism. Many citizens are atheists such as Iigon Dzyozhov.

Culture of the Republics

The culture of individual Republics varies, although they keep to the styles which are chosen by the federal government (such as Kazakh, Ukrainian, Georgian or Latvian etc), for example, the Zviyadian Republic and the Mountainous Republic of Gakra both have a Georgian culture whereas the Skutarian Republic has cultures from Kazakhstan, Uzbekistan, Tajikistan, Kyrgyzstan and Turkmenistan.