From MicroWiki, the micronational encyclopædia
(Redirected from UfKpR Schwanensee)
Jump to navigation Jump to search

Schwanensee (Cignolago), sometimes referred to in full as Sendependa Libera Kosmopolitisma Respubliko de Cignolago (Independent Free Cosmopolitan Republic of Schwanensee / Cignolago), is a cosmopolitan meritocracy declaring its main territory at a virtual platform supposed to be on Nordic Atlantic Ocean. The micronation has a population of 55 and a total area of 750 sqm. The capital city is Nulazif.


Schwanensee is a cosmopolitan meritocracy, which signifies that it allows its citizens to live anywhere around the world, while its citizens are strictly classified into three social classes: the Nobles (貴族), the Elites (華族), and the Commons (庶民). These social classes are mainly based on one's potential and his/her own choices on occupation, since every social class would be designated specified occupations or professions. Social class does not depend on one's origin, and each citizen will have two chances to change the social class he/she belongs to. There are also territories where the social class system is not implemented, such as the Autonomous Communist Region of Rugxflago and the utopian settlements in Elysia.

The name "Schwanensee" is a German word, means "Swan Lake". Swan Lake is not an actual lake. Swan, especially Black Swan (Cygnus atratus) has a special significance in Schwanensee. It symbolizes the top Scholar class in the country. As a result, the name, Schwanensee represents that the country itself is a meritocracy. As for Lake, it stands for cosmopolitanism. It also proves that the country is a cosmopolitan state.

In 1990s, there are only a few micronations in Asia. One of them was the SSRSC (also known as the Soviet Socialist Republic of Swan City, ). It was created by its first commander, Chen Aihui. This country has deeply influenced the independence of the Republic of Ceskonia, which after changed its name to Schwanensee.

On 30 June 1999, three of the activists of the SSRSC declared the independence of Ceskonia because they had a different political opinion. They signed on the Independence Declaration, in order to create a new micronation. Other formal documents such as the Constitution were later signed. However, the country itself, was not very famous at that moment.

In 2008, the 3rd president of Ceskonia, Zhang Zhicheng decided to make the whole state public. He made the first official website in Chinese. As a result, Schwanensee had had foreign relations with over 270 Chinese cybernations and micronation on the Internet by the end of 2011. 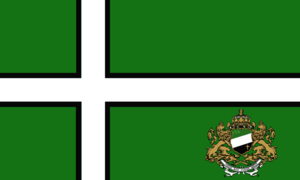 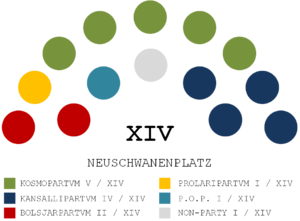 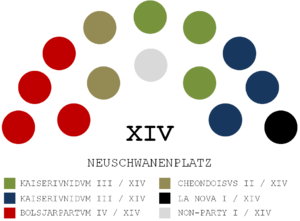 Schwanensee is a cosmopolitan meritocracy and was a parliamentary republic. The country had a left–right multi-party system. Following the 2013 parliamentary election, the biggest parties were the centre-right National Party and the centrist Green Party. Other political parties with seats in the Nulasvanadail were the centre-left Bolshevik Party, etc. Many other parties existed on the municipal level, most of which ran only locally in a single municipality.


Starting from 2017, the parliament has been abandoned due to temporary provisions. It is now a dictatorship under the current president. The provisions will be abandoned when necessary.


According to the Constitution, any Fascist party is prohibited in Schwanensee.

The Cosmopolitanist-Nationalist Coalition（2）
（1）: These parties had been banned due to their Fascist theories.
（2）: This party had been divided into two different parties. 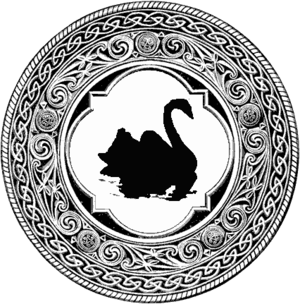 Great Seal of the Bevünetaguveranef 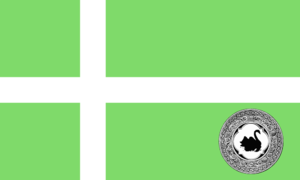 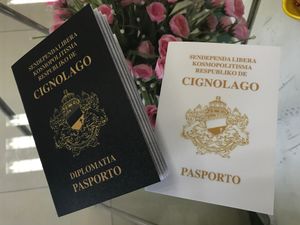 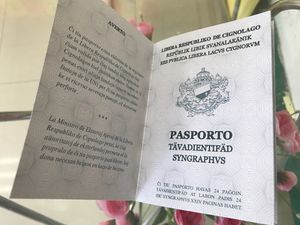 The first page of a Schwanian passport